A man looks at guns in a store in Albuquerque, New Mexico. (Photo by Getty Images).

Montana’s top law enforcement officer, Attorney General Austin Knudsen, testified Wednesday in favor of a bill that would reduce restrictions on firearms in Montana, such as a general prohibition against guns on college campuses.

“I think this is a very clear mandate from the voters of Montana,” Knudsen said.

In a hearing of House Bill 102 broadcast via video, Knudsen said he was a student at the University of Montana law school during the Virginia Tech shooting that left 33 dead in 2007. At the time, he wanted to find out the rules for his own use of a gun at the university but learned he couldn’t have a firearm on campus.

“I was absolutely terrified by what I found,” said Knudsen, sworn in this week as AG and head of the Montana Department of Justice.

Wednesday, members of the House Judiciary Committee held the first hearing on the legislation proposed by Rep. Seth Berglee, a Joliet Republican. Similar bills have failed in other sessions including once with a veto.

“The purpose of the bill is to expand the people of Montana’s right to carry firearms,” Berglee said. 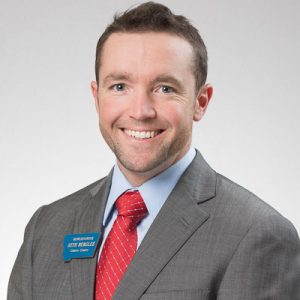 College campuses are one place guns would be allowed if the bill passed. The Montana Board of Regents oversees the Montana University System, and a regent who is also a lawyer said the bill would infringe on the Board’s constitutional oversight obligation.

Berglee, though, said the bill makes the case that the Montana Legislature has authority to weigh in on the issue.

Cascade County Sheriff Jesse Slaughter was among those who spoke in favor of the bill. He said a significant increase in violent crime has meant his task force is taking aggressive action against felons carrying guns, and he wants the public to stay safe.

“Citizens are our government,” Slaughter said. “They are our boss. They have the right to protect and defend themselves, and there shouldn’t be places they can’t do that.”

Opponents included representatives of the Montana Federation of Public Employees, the Montana University System, and youth civic engagement organization Forward Montana. The Montana League of Cities and Towns and City of Missoula cited objections to specific sections, although a lobbyist for League noted it may withdraw opposition if the bill is modified.

Cary Hegreberg, representing the Montana Bankers Association, said the bill is well intentioned but it “raises alarms.” He said parents of bank tellers might worry about the outcome too.

“There was a time when walking into a bank with a mask and a gun was cause for alarm,” Hegreberg said, referring to face masks people wear to prevent spread of the coronavirus.

Hegreberg also noted he shouldn’t be painted as being against guns; he said he is member of two gun clubs, has shot competitively, and owns a locked safe full of guns. Generally, he said he wanted to be sure banks and financial institutions continue to have the authority to prohibit guns in bank lobbies.

Dylan Yonce, a University of Montana student, opposed the bill as well. Yonce said students should not be fearful on their own campus, and many students have easy access to each other’s dorms. The UM sophomore also noted the availability of firearms could increase completed suicides.

“Students do not need to be armed on campus or in the dorms,” Yonce said.

In his remarks, Berglee noted people still have private property rights, and the bill makes exceptions. Even people with concealed carry permits wouldn’t be allowed to have firearms in places such as a prison, federal buildings, or locations where a private property owner expressly forbids them, among other exemptions.

Berglee said he would consider making some changes members of the public suggested, but in his closing statement, he said lawmakers can’t make decisions based on people’s feelings.

“As legislators, we have to make laws based on fact,” Berglee said.