When Allison Reinhardt testifies at the Capitol for the 2021 Montana Legislature, she’ll advocate on behalf of some 40,000 students.

Among their needs? Food.

“Our food pantry, ‘Bounty of the Bridgers,’ has been hard pressed lately because there are so many people who are food insecure right now, especially in family and graduate housing,” said Reinhardt, a senior at Montana State University in Bozeman and lobbyist for students of the Montana University System. “It’s been a tough semester for a lot of people.”

Mental health care, protection for renters, and support for survivors of sexual assault and domestic violence are among the legislative priorities of the Montana Associated Students in the session that started this week in Helena.

“A lot of those basic needs have been exacerbated by COVID-19, but we want to make sure there are services that will last longer than the pandemic,” Reinhardt said last month.

In the 2019 session, lawmakers approved $567.5 million for the Commissioner of Higher Education for two years, according to the Legislative Fiscal Division of the Montana State Legislature. Former lame-duck Gov. Steve Bullock’s budget proposed a $37.3 million increase for the upcoming biennium for a total $604.8 million during the next two years for higher education, with inflation and raises that are already in place accounting for most of that 6.6 percent bump. The total budget for the Montana University System is bigger, roughly $1.5 billion this fiscal year, with tuition, research grants, and other funds in addition to state appropriations.

This year, the coronavirus pandemic has roiled the economy in the Treasure State, and it has driven up costs for campuses and stymied enrollment, albeit not as steeply as predicted.

Those drops in enrollment coupled with cost increases and Republican Gov. Greg Gianforte’s pledge to deliver tax relief may mean students have to shoulder a bigger chunk of the cost of college, even as the shaky economy pinches their wallets.

“We are realizing that this session may not be as favorable to us as it has been in the past, and we’re trying to be creative,” said James Flanagan, a University of Montana student and president of the Montana Associated Students, in an interview last month.

In roughly the last decade, former Gov. Brian Schweitzer and later Gov. Steve Bullock, both Democrats, proposed budgets that allowed the Montana Board of Regents to keep steep tuition hikes at bay for resident students.

Billed a “tuition freeze” in several sessions, the state support was backed by legislators and meant Montana counted the lowest increase in tuition and fees during the course of the last decade among 16 western states, at 31 percent, according to data from the Montana Office of the Commissioner of Higher Education. By comparison, those 16 states pumped up tuition and fees nearly 57 percent on average from 2010 to 2020, with New Mexico topping the chart at a hike of 106 percent.

This year, Senate and House Democrats also announced that a “freeze” on tuition is among their priorities. But legislators aren’t bracing to be awash in extra money.

A Legislative Fiscal Division analysis of Bullock’s proposed budget estimates expenditures will exceed revenues by $202 million in the next biennium, $114 million in the 2022 fiscal year and $83 million the following year; Gov.-elect Gianforte is expected to release his budget plan Thursday, but he wants to tap the brakes on spending.

Rep. David Bedey, chairman of the joint appropriations subcommittee on education, said the pandemic has led to a decline in expected general fund revenue.

The Legislative Fiscal Division forecast a 2.5 percent drop in 2021, then a 2.8 percent uptick and 4.3 percent increase the following years compared to an average 4 percent growth rate the last 20 years. The report stressed “extraordinary uncertainty” in the revenue picture.

Lawmakers don’t vote directly on tuition, but Bedey, a Hamilton Republican, doesn’t anticipate a “freeze” will pencil out.

“I think the funding situation in the state will not allow us to provide funds sufficient to the university system to support a freeze and allow them to continue their other priorities,” Bedey said.

Commissioner Clay Christian said last month he was anxiously awaiting Gianforte’s budget, but he didn’t want to make any predictions.

Gianforte is the first Republican in the governor’s post in 16 years, but Christian said he doesn’t believe education is a partisan issue. He also noted Gianforte has personally supported education with trade and technology scholarships. Through their foundation, Greg and Susan Gianforte committed in 2016 to an $8 million donation to MSU, which named the Gianforte School of Computing for the family.

“I don’t think that this election suggests that there’s some big polarizing sea change coming down the pike for higher education,” Christian said.

The pandemic has placed “significant strains on all things, enrollment being one,” and costs have followed suit, he said. The federal government has helped the university system cover the costs of testing and other expenses related to the coronavirus, but Christian said he’ll wait and see how higher education fares through the session. Bullock’s budget proposal includes $4 million for scholarships based on financial need for Montana students for the biennium, part of a matching grant program with private dollars that was new in 2019.

In May, after the session concludes, the regents will take up the budget for the campuses for the next two years, and tuition will be on the agenda.

In the meantime, Christian will make the case he’s made to legislators before, that education is not only a life changer for the individual and an equalizer for society, but that it boosts the economy of Montana and its workforce.

“It seems like a good investment for the state. I don’t think that’s a party issue. I think people see the value of education,” Christian said.

This fall, Montana held off a bloodletting in freshman enrollment, seeing a 7.2 percent dip across campuses compared to an average 13 percent drop in the nation, according to MUS data and the most recent data from the National Student Clearinghouse Research Center. The research center also noted a 22 percent decline in the number of students going straight to college from high school compared to one year earlier.

Fewer students mean less money for campuses, but Tyler Trevor, deputy commissioner for budget and planning with the university system, said he’s more optimistic about the return of students and their willingness to stick with their education through the spring semester.

“There could be a COVID effect of people who didn’t get started in higher education and maybe don’t ever come back,” Trevor said. “But we held our own in this go-round with enrollment.”

The factors that have kept students away from school include the need to isolate because of infection, family debt because of the coronavirus, and increased stress and depression, said Flanagan, also vice president of the Associated Students of the University of Montana. He said some students benefit from a gap year or semester, but not all, and the longer term effects of the pandemic concern him.

“For other students, I really worry this might be the final nail in the coffin of their academic career,” Flanagan said. 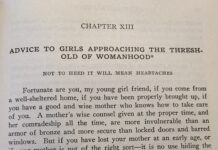 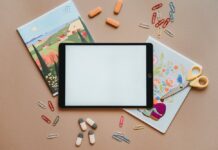 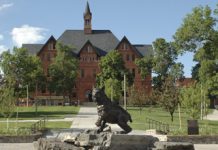