The Montana Supreme Court opinion dismissing a former soccer coach’s claim the University of Montana violated his privacy when it released information from an audit of his cellphone underscores a long-held legal principle in the Treasure State, according to a lawyer with expertise in open government.

“If a public employee occupies a position of public trust, then they have a diminished right of privacy in the terms and conditions of their employment,” said Helena lawyer Mike Meloy, who is one of the state’s leading experts on public information and press freedom.

Former UM women’s soccer coach Mark Plakorus sued the University of Montana after it refused to renew his contract having found alleged private contacts with Las Vegas escort services. In the lawsuit, Plakorus alleged UM unlawfully disclosed private information about him, defamed him, and violated his privacy. In the Dec. 15 decision, the state high court agreed with the district court’s decision to dismiss

the allegations of privacy violations but remanded the defamation claim back to the trial court.

Quentin Rhoades, a lawyer who represents Plakorus, said the violation of privacy claim is subjective and difficult to evaluate. However, Rhoades said he and his client are gratified – and not surprised – the supreme court reinstated the defamation claim.

“We believe that that is a compensable injury that they are duty bound to make right,” Rhoades said.

In the opinion, the court also touches on a newer issue in discussing the cellphone records of a public official, said Lee Banville, a media law expert and professor at the University of Montana School of Journalism. Banville said not many court decisions address the availability of records such as text messages, and neither journalists nor politicians are eager to take the matter to court.

“Nobody really wants to answer that question because they’re worried the courts are going to say what they don’t want to hear,” Banville said.

In this case, though, he said the court made an important decision, stating the coach who worked at UM from 2011 to 2018 did not have an expectation of privacy when using a phone provided to him for public business. For example, he said the next time a reporter calls the governor asking about texts with other state officials over the budget, the governor will have a hard time arguing the messages are private.

“These are still negotiations journalists have with political leaders and with public officials. This (court opinion) helps strengthen that argument,” Banville said.

The court case Plakorus filed came from a Title IX investigation on the Missoula campus. In 2017, “one or more (soccer) players complained that Plakorus was messaging them too often or too late at night,” said the Montana Supreme Court opinion.

A UM “climate survey” found the complaints “lacked merit,” according to the court ruling, but the investigation included an audit of the coach’s university-issued cell phone.

“The audit allegedly found text messages and phone calls to and from individuals associated with Las Vegas escort services,” said the ruling. “Plakorus claims this finding is false.”

In January 2018, UM told the coach it would not renew his contract and would only tell soccer players “it was time for (Plakorus) to move on,” the opinion said. The following month, the Missoulian newspaper published a story headlined, “UM women’s soccer coach fired after texts to Vegas escort services surface,” and other media outlets followed suit, the court record said.

“Some included redacted copies of Plakorus’s cell phone records, information from his personnel file, and information related to the non-renewal of his contract,” the opinion said. “Plakorus alleges the University wrongfully and falsely implied in its communications with the media that he had committed acts of sexual misconduct, endangered his players’ safety, and inappropriately used University resources.”

In April 2019, Plakorus filed his complaint alleging violation of his constitutional right of privacy, defamation and breach of contract. He filed an amended complaint in August removing the breach of contract claim and adding claims for tortious interference, negligence and invasion of privacy.

In its opinion, the court largely discussed the claims tied to the employment contract and its statute of limitations. The high court found the district court correctly dismissed the right of privacy and invasion of privacy claims because the plaintiff hadn’t filed them under the one year limit for contracts. But the court found the defamation claim wasn’t tied to the contract.

“We therefore reverse the District Court’s Order in part and remand for further proceedings on the defamation and tortious interference claims,” said the order.

As the plaintiff in the case, Rhoades said his client will carry the burden of proof. But he said so far, UM has not said it didn’t make the disclosures to the media.

“One defense you have in the defamation claim is always the truth. And we know that it was inaccurate,” Rhoades said.

He also said the court’s decision gives the coach the chance to recover some “future lost income and future lost opportunities as a coach.” After Plakorus left UM, he only found work as a machinist and has not been able to secure even a volunteer coaching position at a high school, Rhoades said.

UM declined to comment on pending litigation. However, in its answer brief to the Montana Supreme Court, UM noted it “disputes any such mishandling” of the coach’s employment information. UM also noted Plakorus never filed a grievance and waited until April 2019 to file a complaint, more than one year after he alleged UM “improperly divulged information to the public.”

In its decision, the court could have limited its discussion to the statute of limitations, said Meloy. But it took one more step and addressed the privacy claim.

“Even if he had complained within the statute of limitations, it wasn’t going anywhere anyway because of the principle (that) he was occupying a position of public trust and did not have a reasonable expectation of privacy,” said Meloy, also consulting attorney with the Montana Freedom of Information Hotline.

Justice Beth Baker wrote the opinion for the court: “We have held that a public employee in a position of trust ‘had no reasonable expectation of privacy in an investigation into her abuse of that trust’ and that records of that investigation thus were properly subject to public release. Billings Gazette v. City of Billings, 2011. … The University would not have investigated Plakorus’ phone records without the employment relationship.

“Plakorus did not have a reasonable expectation of privacy in that investigation because it related directly to his position of trust in his coaching relationship with female University students.”

Meloy said the matter has been well litigated in Montana, and the courts adopted the principle in a case he worked on in Great Falls some 25 years ago: “If a public employee occupies a position of public trust, then they have a diminished right of privacy in the terms and conditions of their employment.”

“This is a great decision in terms of setting the expectation that when you’re doing the public’s business, whether it’s on a memo or email or text message, when … you’re using public resources to do your job as a public employee, you should not expect privacy,” Banville said.

However, he also said there’s an important distinction to make in the decision too: “It doesn’t say (the text messages) are public records, it says the person doesn’t have privacy.”

He said some lawyers will argue unequivocally that texts are indeed public records, but the courts have not ruled on the matter.

“We still don’t have a decision that says those texts are public record. So that’s the big legal question that’s left unanswered in this decision,” Banville said. 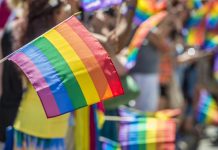 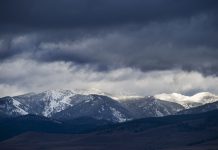 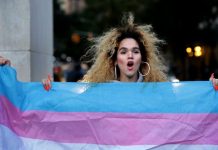