King’s words to Montana resonate as sharply as ever

Even as a young man who mostly had only the experiences of Montana to draw upon, I knew what was happening at that moment.

We were in the presence of something great, and I was lucky enough to meet Coretta Scott King twice in my life. This isn’t an exercise in shameless name-dropping, though. It’s what happened that seems just as relevant now – if not more – than it was when I met her.

I had seen plenty of mostly black-and-white film of her, wondering how a woman who lived through such unimaginable tragedy could, in that moment, look so dignified and calm. I studied her husband’s words religiously and still treat him as a modern-day prophet.

We all got a chance to meet her, and whether it was feigned politeness or resignation having to meet a bunch of white high school and college students, she wanted to hear each of our stories. When it came my turn, she smiled sweetly and said, “Child, where are you from?”

We were from around the United States and had gathered to study social justice and urban issues. Here I was in Atlanta all the way from Billings, Montana.

“Montana,” she said with a mix of surprise and purpose. 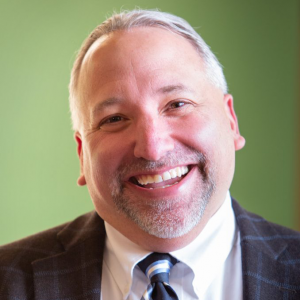 Who knows if I tried to throw in something else flattering or semi-cogent. I knew I was standing in the presence of a truly holy person who had spent her life trying to reshape the society which had slain her husband.

Before I could let any other words fall from my stumbling, mumbling lips, she jumped in.

“You don’t need to work here,” she began. “You need to go back home. Go back to Montana. There are some terrible injustices and needs there. Go back and work for justice for the Native Americans and the reservations. Go back and do good work because we have plenty of people in Atlanta fighting. You need to go home and do the same there.”

Struck dumb by the gravity of her words and that she’d even have a message for me — a teenage no-one — I thanked her and never forgot that moment. I can still in my mind’s eye see her pink outfit and crisp white shirt; those deep eyes that snapped and yet had something much deeper, like that of heart sorrow.

So, I suppose it’s understandable, in some ways, that Montana gives short-shrift to the holiday bearing his name. Atlanta, Memphis and the Deep South are thousands of miles away from this north country.

The kids are out of school and the banks are closed. Beyond that, it’s pretty much a normal day.

That’s on us, though. That’s not because the message or legacy of Martin Luther King Jr. didn’t address Montana’s racial and social injustices. The King family had contemplated us up here in our mountain surroundings. They did, and they had cared about the woeful treatment of our indigenous brothers and sisters. And it would have come as no shock to them that the average lifespan for a Native American in Montana is a full generation less than their white counterparts.

So today, as I have done every year since then, I will re-read my favorite of King’s sermons – nothing having to do with the dreams Martin had, but instead when he preached about “The Drum Major Instinct.”

Hopefully, others around the state will pick up the torch and seek better for those who need a voice, and demand equal treatment when such obvious disparities exist. It’s part of why I believe in the mission of journalism: Because it brings tremendous light to that which we’d rather leave in darkness. We must share and tell those stories in such a way that we can’t help but make changes for the better.

At one time, not so many years ago, I might have been able to have that conversation with the heirs of the King family and try to convince them that Montana and its iniquities had gotten better. Yet, if I am being honest, the truth is if black lives still don’t matter, brown lives aren’t faring any better. In that way, now more than 30 years since I first got to meet Coretta Scott King, I haven’t done as much as I could have to help bring about her late husband’s vision of a more just, more compassionate, more fair Montana.

Less than a day before an assassin’s bullet felled King, he told sanitation workers in Memphis that, “I may not get there with you. But I want you to know tonight, that we, as a people, will get to the Promised Land.”

Yes, King was speaking personally, but as I re-read those words and that speech recently, I found a new meaning and a new message: Individually, we may not live to see the scales of justice balance, but we must work to get there together. We can’t do it individually, and we can only do it as a group.

Coretta Scott King’s words this year seemed to assume a sharpness in my mind, even though they had been blunted by the intervening years. Montana, we know about mountaintops — the same kind King spoke of getting to. We still haven’t seen the Promised Land.