Today, the Montana legislature heard two bills that affect transgender youth. One levies fines against physicians for providing medically appropriate care for transgender kids, even though we do so in accordance with best practice guidelines from our medical societies.

Putting that aside for the moment, the other bill, known now as House Bill 112, or the “Save Women’s Sports Act”, would require that athletes participate on teams according to the sex they are assigned at birth.

I want to explore this a little more, because at first glance, a lot of people think this sounds like a reasonable thing.

If you work with transgender youth, as I have – mostly in the context of mental health emergencies, unfortunately – you will know that this is one of our most discriminated against, misunderstood groups of people. The idea of being transgender is intimidating to others. Many people do not have direct experience with transgender people, and mistakenly think of being transgender as an intentional choice. Transgender children often face bullying in school. These kids often feel different, or uncomfortable in their bodies, and if there’s anything middle school bullies thrive on, it’s insecurity.

The transgender kids I have worked with have mostly known they were a different gender than their sex assigned at birth starting around age 3.  It isn’t a case of the “I wish I were a girl” sort of expression, or playing with the “wrong” toys for their gender, or being tomboys – it’s the firm and sometimes disturbing conviction that their gender is different than the sex they were assigned at birth. Think about this as sex assigned at birth (what’s in your pants) differing completely from gender identity (what’s in your mind and soul). To clear up another misconception, these are both distinct from sexual orientation (what’s in your heart; who you love).

It is estimated that up to 1.8% of youth identify as transgender, and a further 1.6% are questioning or gender diverse.

If families are supportive of their transgender child (not always the case), they will allow their child to express themselves how they choose. This is the only real therapy, so to speak, that is recommended by physicians and psychologists prior to the onset of puberty. This can be a matter of wearing different clothes, getting a different haircut, or using a different name or pronouns. If the child begins to live in a different gender, it is called “socially transitioning.” Many transgender kids are not open about being transgender, largely due to stigma, prejudice and discrimination, and live wholly in the gender that feels authentic to them. In many cases, friends do not know that their sex assigned at birth differs from their gender identity.

Rates of depression go down dramatically when transgender people are supported by their families and have access to appropriate medical care. In fact, young children who have been allowed to live in their authentic gender from the start have rates of depression similar to age-matched cisgender peers.

On the other hand, we know it is clearly beneficial for children’s physical, social and emotional development to be physically active and play sports with their peers. Sports participation helps athletes develop self-esteem, correlates positively with overall mental health, and has been shown to have a protective effect against suicide.

Forcing transgender children to play on teams according to their sex assigned at birth, rather than the gender they live in, undermines their ability to belong to their community as their authentic selves, essentially excluding them from sports participation. My transgender patients certainly don’t want to show up to play on the girls’ team if they otherwise live as a boy, for example.

The law proposed in the legislature also has many details about bone density and muscle mass and hemoglobin that sound quite scientific. However, the reality is, as always, more complex.

Before puberty, biological boys and girls do not differ in height, muscle and bone mass. Children enter puberty between ages 8 and 14, and generally don’t gain adult muscle mass until age 18. At the age of 14, for example, physical discrepancies among young male athletes within one team can be truly significant – have you ever watched a freshman football team? — and are something that we have never felt necessary to regulate.

After puberty is complete, we all know there are differences in male and female athletic performance. However, transgender athletes undergoing recommended medical care will generally not go through puberty in the gender of their birth. At the onset of puberty, in children and teens who are consistent and persistent in expressing their identity, with ongoing care from a multidisciplinary medical team, can be treated with puberty suppressing medication, or “blockers.” These are entirely reversible and safe medications designed to pause pubertal changes and allow the patient to live as their authentic self, without undergoing body changes that can cause severe dysphoria, the medical term for profound unhappiness.

Later on – with time to further develop and grow, mentally and physically – many will elect (usually around age 16 or later) to take gender affirming hormones that initiate puberty matching their identity. These medications are partially reversible and are only started after thorough evaluation, discussion and consent from both patient and guardians.

In this situation, there is not good evidence that a teen assigned male at birth, who transitioned to female without going through male puberty, has any advantage at all in athletics.

Moreover, even if one has gone through pubertal changes, different types of sports are different.  There are some in which being a large-framed person is actually a disadvantage, such as gymnastics, versus some where it is clearly an advantage, such as football.

Much of this has to do with discrimination. But the truth is also that there are plenty of transgender people, like their cisgender peers, who are just pretty mediocre at sports.

So, the short story: There isn’t a good one-size fits all solution to how to approach physical differences in kids after puberty. But it’s safe to say that it’s hardly a pressing problem for the state legislatures around the country to take up.

In addition, this bill has some problematic angles. It seems to ask schools to make a determination of sex that in some cases is not straightforward: For example, would they get involved in making determinations for intersex athletes, whom medicine does not classify as categorically male or female? Will masculine appearing female athletes be required by their schools, if challenged by a competitor, to undergo invasive physician examinations that breach their privacy?

It’s helpful to look at how this subject has been addressed elsewhere. International elite sports organizations such as the International Olympic Committee (IOC) allow transgender athletes to compete in their own gender identity. The NCAA has addressed this issue in their own policy, which lays out procedures to support transgender athletes competing in the gender in which they identify.

To specifically address transgender women competing on women’s teams, the NCAA requires at least one year of testosterone suppression therapy. The NCAA speaks strongly against discrimination and against sex verification: “Fears that men will pretend to be female to compete on a women’s team are unwarranted given that in the entire 40 year history of ‘sex verification’ procedures in international sport competitions, no instances of such ‘fraud’ have been revealed. Instead, rather than identifying men who are trying to fraudulently compete as women, ‘sex verification’ tests have been misused to humiliate and unfairly exclude women with intersex conditions.”

For younger K-12 athletes, as of August 2020, 16 states allowed them to compete on teams according to gender identity without restriction. Another 14 states allow transgender athletes to compete, but have a review board of sorts that can checks medical information in case of a challenge, which transgender advocates generally feel is burdensome and invasive. Eleven states had additional barriers to athlete participation, and the rest (Montana among them) gave no guidance.

Last year, Idaho attempted to enact a very similar edict to Montana’s proposed HB 112: a blanket ban on transgender girls’ participation. It was enacted Idaho Legislature, but has since been blocked by a federal judge. Judge David Nye wrote: “The State has not identified a legitimate interest served by the Act that the preexisting rules in Idaho did not already address, other than an invalid interest of excluding transgender women and girls from women’s sports entirely, regardless of their physiological characteristics.”

Misleading science aside, the main difficulty I have with this bill is that it’s not really coming from a misguided but well-intentioned place. It clearly comes from a place of fear, ideology, and discrimination. It attempts to push a one-size-fits-all solution that clearly harms a vulnerable group of children – we know that social exclusion is a factor that raises the suicide risk for these kids – and fights a “threat” that is much more perception than reality.

This potential for great harm is why multiple medical associations and hospitals in Montana, as well as multiple businesses, are in opposition to this bill becoming law. Additionally, we don’t want to be known as a state that chooses discrimination over working together. We don’t need to become famous, like North Carolina and the “bathroom bill,” for our hate.

The vast majority of the people this law will harm are school kids who just want to play on a sports team. As a pediatrician, I say: Let the kids play. 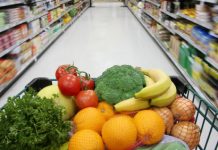 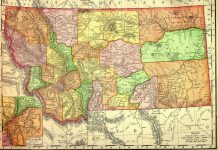 It’s the message, not the medium