A bill that would allow guns on campus could cost Montana State University and the University of Montana at least $4.5 million each – every year – said Sen. Diane Sands, a Missoula Democrat.

“These are expensive costs when we have a university system that also struggles to be adequately supported in our state budget,” Sands said Wednesday.

Those estimated costs include funds for security guards, additional training, metal detectors, lockers, cameras and emergency dispatch equipment, she said. In a hearing of the Senate Judiciary Committee, Sands said she believes House Bill 102 would cost money and requires a fiscal note — a matter she pledged to pursue — and she quizzed sponsor Rep. Seth Berglee on the omission.

“There’s nothing in this bill that requires the university system to increase or change any security measures,” said Berglee, a Joliet Republican.

The bill passed the Montana House last week, and in his opening remarks before the Senate committee, Berglee reiterated the purpose of the legislation. Mainly, he said it’s to eliminate gun-free zones in Montana and allow people to lawfully defend themselves from harm. As written, the bill would strip the Montana Board of Regents from its authority to oversee guns on campus.

Many opponents of the bill have raised concerns about firearms on college campuses in particular, and those objections continued Wednesday. Detractors cited Montana’s high suicide rate and the connection to firearms access; from 2014 to 2018, Montana counted on average 172 firearm suicide deaths each year and has two times the national gun suicide rate, according to an analysis by gun violence prevention organization Everytown of data from the Centers for Disease Control and Prevention.

Berglee countered that young people in college are among the least likely of any demographic to complete suicide: “The age group of 15 to 24 has the lowest amount of suicide by age group.”

Nonetheless, students and recent college graduates spoke out against the bill. Daisy Khoury, a student at MSU, said she was 13 years old when one of her best friends committed suicide in front of her with a handgun. She saw her friend convulse and witnessed a wall plastered with his blood and brain matter, she said. The tragedy sent her into deep depression.

“Brains belong in books, not on walls of college dorm rooms,” Khoury said.

Allison Reinhardt, with the Montana Associated Students, said student body presidents and vice presidents spent a lot of time discussing the bill and ultimately agreed to oppose it. She said Montana University System resident assistants, faculty teaching controversial topics and issuing grades, and students in general would be vulnerable.

“Many students feel our campuses are already safe, and this legislation is not needed,” Reinhardt said.

Daliyah Killsback, of Western Native Voice, said Native American youth have a suicide rate that’s 2.5 times higher than the national average, and rates go up as people have easier access to guns. She asked lawmakers to oppose the bill – and put money into mental health.

Proponents argued the bill would mean they would no longer be helpless against illegally armed criminals. Tim Sowa, of East Helena, said he graduated from sniper school and has been a concealed carry permit holder for 30 years. But the former member of the Montana National Guard can’t carry a gun in a gun-free zone.

If a perpetrator with a firearm attacks, he said he’s hamstrung. Sowa, who said he’d also worry about his wife, would be left to run, hide or fight barehanded.

“What options do I have?” Sowa said.

The National Rifle Association has supported similar bills elsewhere in the country. In his testimony, NRA lawyer and lobbyist Brian Gosch said 16 other states allow permitless carry, and he spoke in favor of the legislation in Montana. The committee is scheduled to take action Thursday.

“If this bill passes, Montana will join all of its neighboring states, which all currently allow law-abiding individuals to carry a concealed handgun without a government issued permit,” Gosch said. 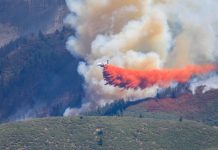 Supporters, opponents of ‘gun bill’ both believe the law is on...