Montana’s junior Senator, Republican Steve Daines, announced during the weekend that he would seek to block President Joe Biden’s nominee for Secretary of the Interior, Deb Haaland of New Mexico.

Daines said he would block Haaland if his concerns were not addressed. Among his concerns were the Keystone XL Pipeline and her stance on the New Green Deal. If confirmed, Haaland would become the first American Indian to hold the position.

Daines’ move doesn’t necessarily doom Haaland’s chances, but it complicates them. Instead of moving Haaland’s nomination hearing, which still has yet to be scheduled as of Monday afternoon, the Senate would have to forward her through the cloture process, a more cumbersome path.

Several groups came out against Daines’ decision, including the Montana Conservation Voters and Western Native Voice.

In addition to being concerned about Haaland’s stances, Daines called her views “radical” twice in a one-paragraph statement.

“I am concerned by the responses I received about the role of the Department and the lack of appreciation for issues that impact Montana such as wildlife management and hunting and sportsman access,” Daines said. “I’m not convinced that the Congresswoman can divorce her radical views and represent what’s best for Montana and all stakeholders in the West.”

Haaland would be the third Biden nominee to face a hold by the Senate, The Hill reports. Sen. Ted Cruz, R-Texas,  placed a hold on the nomination of Gina Raimondo, the Commerce Secretary pick. Sen. Josh Hawley, R-Missouri, placed a hold on Alejandro Mayorkas, for Homeland Security. That hold was later overcome.

Whitney Tawney, executive director of Montana Conservation Voters, said that Daines’ words rang hollow because he expressed no concern about William Perry Pendley, an acting director of the Bureau of Land Management, whose actions were later ruled illegal by a federal judge.

“Montanans wish you had expressed concern over Acting Director Pendley’s radicalism like you are now with the nation’s first Indigenous woman ever to be nominated to a cabinet position,” Tawney said.

Native groups pointed out that Haaland has the credibility to lead the department, especially in conversations with tribal leaders.

“Deb Haaland’s nomination and her hopeful confirmation would bring an Indigenous point of view when making decisions that govern our Native lands, natural resources, education, criminal justice, and economic systems,” said Ronnie Jo Horse, the executive director of Western Native Voice. “Indigenous people are under the Department of Interior via Indian Affairs; President Biden’s nomination to fulfill the DOI and the Office of Indian Affairs’ mission is a step in the right direction toward repairing relationships with tribal nations and the federal government.” 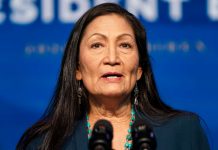 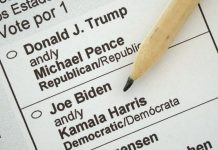 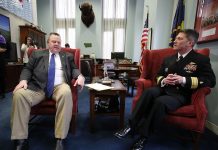