Commenting in the midst of Europe’s corona crisis, Austria’s major daily, “Der Standard,” captured at least one European attitude toward the United States:  “No one on the planet expects any help from the U.S.A.  Working together with Donald Trump, the coronavirus has ended the American century.”

The American Century began decades ago when the U.S. joined the war that defeated Nazism.  It continued with the Marshall Plan, which helped Europe rise from rubble to prosperity in one generation.  And it continued still further when the U.S. nourished institutions that helped maintain a stable and prosperous peace.  Think money (for example, the International Monetary Fund, the World Bank, and the World Trade Organization).  Think security (NATO).  Think communications (from the UPU, which coordinates international postal services, to ICANN, which facilitates Internet communication).  Think education and culture (Fulbright exchange programs.)  Or, nowadays, think health (WHO, which coordinates health programs internationally).  It probably takes a village.  It certainly takes cooperation.  And it most certainly takes adult supervision, which America had offered all of our lives.

But then something happened.  Something announced at Trump’s “America First” inauguration.  Something pursued by his immigration debacles and his wars on trade, by his derision of friends and bromances with dictators.  The village was abandoned.  Cooperation dispersed.  Adult supervision went AWOL.  First slowly and then – thanks to the U.S.’s bungled COVID-19 response – all at once, the American Century ended.

The bookends to this gloomy shelf were best provided by the Germans and the French.  As early as 2017 Angela Merkel had returned from NATO and G7 meetings – where she’d met with Trump – to warn Europe that “the times in which we could completely depend on others are, to a certain extent, over.…  I’ve experienced that in the last few days.  We Europeans truly have to take our fate into our own hands.”

As recently as last month Emmanuel Macron responded to the Jan. 6 Capitol riot by saying:  “What happened today in Washington is not American.”  And then:  “When in one of the world’s oldest democracies, supporters of an outgoing president take up arms to challenge the legitimate results of an election, the universal idea – one person, one vote – is undermined.”  And finally – this time in English – “we believe in the strength of democracy.  We believe in American democracy.”

Tom McTague, writing in the “Atlantic” from London, talked about “a uniquely humiliating moment for America.”  Europeans “who loathe America, admire America, and fear America (sometimes all at the same time)” were now “feeling pity for America?  That one is new.”

“America First” perfidy abroad and “America First” incompetence at home joined hands to finish the American Century.  Name an issue – climate change, poverty, war and rumor of war, and then pandemic – and the U.S was more problem than solution.  Roger Cohen, writing from Paris, noted that “the world’s American reference point has vanished.”  Cohen is told by a puzzled European statesman Carl Bildt:  “There’s not been even a hint of an aspiration of American leadership” coming from Washington.  Adult supervision by its major ally across the Atlantic?  Europe felt home alone.

Into this breach rode Joe Biden,  the 46th president.  The bookends turned to new purpose.

Merkel said:  “I am looking forward to working with President Biden in the future.  Our transatlantic friendship is irreplaceable if we want to master the great challenges of our time.”

Macron tweeted:  “We have a lot to do to overcome today’s challenges.  Let’s work together!”

And the European Union’s Ursula von der Leyen pointed out that “The EU and the USA are friends and allies, our citizens share the deepest of links….  The European Commission stands ready,” she said, “to intensify cooperation with the new Administration and the new Congress to address pressing challenges we face.”

Clearly, Europe breathed a sigh of relief when Biden was elected.  Clearly, too, though, cautious optimism followed closely behind.  There are fish to fry.

Rejoining the Paris Climate Accord.  Consensus on the Paris Agreement on climate change was reached in 2015.  “Canceling” the agreement had been one of Trump’ campaign promises.  As president he kept the promise, saying that it imposed “draconian financial” burdens on America and was “simply the latest example of Washington entering into an agreement that disadvantages the United States, to the exclusive benefit of other countries, leaving American workers … and taxpayers to absorb the cost in terms of lost jobs, lowered wages, shuttered factories and vastly diminished economic production.”

The true purpose of the Accord – reducing the risk of climate change by lowering global temperatures – went unspoken.

But American absence from the accord was brief: On the first afternoon of his presidency Joe Biden rejoined the agreement.  International praise was immediate.  A former U.N. climate chief, Christiana Figueres, said that she “wouldn’t be surprised if they get a standing ovation just by entering the room.”  But, she quickly added, “That doesn’t mean that they will have a standing ovation forever.”

Fish to fry at home: The U.S. is a major emitter of greenhouse gases.

Fish abroad: Can enough climate-resilient societies be built from the current mess to achieve the emissions goals of the Paris Accord?  In other words, will Paris still matter?

Rebooting the Iran Nuclear Deal.  In 2015 the U.S. and its European allies agreed with Iran that Tehran would scale down its nuclear program and the West would scale down its economic sanctions.  Three years later Trump withdrew from the deal and reimposed the sanctions.  The Islamic Republic reverted to hardline mode and resumed its nuclear ambitions, but the Europeans remained loyal to the conviction that incentives in the deal would be more effective than Trump’s “maximum pressure.”  Enter Biden.  Said the “Tagesspiegel,” a centrist Berlin daily, “the new US administration’s stance is a bright spot after the dark years that followed Trump’s withdrawal from the agreement….  After Biden took office, there is now, at least on this issue, a transatlantic consensus.”

Although Europe has remained steadfast, however, and the U.S. is once again a “bright spot,” Iran’s hardliners have reverted to form.  Fish to fry.

Trump was three years old when the North Atlantic Treaty Organization began its work.  Throughout his life – and ours – it has been the Atlantic community’s sturdiest alliance.  In his presidency, though, dissing NATO became a leitmotif.  Erratic threats to move American troops from there to here – or to remove them altogether – must have brought smiles to Vladimir Putin’s face.  As must have a 2018 Tweet in which the president said:  “The United States is spending far more on NATO than any other Country….  NATO benefits Europe far more than it does the U.S.  By some accounts, the U.S. is paying for 90% of NATO, with many countries nowhere close to their 2% commitment.”  Indeed, threatening to defund NATO became a commonplace.

Still, as with the Iran Nuclear Deal, stepping back to square one will not be easy.  One, inside Trump’s arithmetic babble is an element of truth:  NATO members have pledged to spend two percent of their GDP on defense but only nine of them have crossed that threshold.  Arguably, the U.S. spends too much money on guns and ammo; arguably, too, many other NATO members do not spend enough.  Two, NATO’s enemy hasn’t been sleeping.  Smiling Putin has enjoyed his bromance with Trump, but Russia’s near neighbors, some of which are NATO members – think Poland, think the Baltic states – are not amused.  Fish to fry.

But who will fry these fish?  The European Union?  Perhaps, but Europe’s plate is full.  (The pandemic rages, Brexit remains undigested, immigrants are knocking on the door, wingnut regimes are flourishing in Hungary and Poland.)  The Biden administration?  (Speaking of full plates, have you seen Biden’s?) Nobody?  That may be the likeliest endgame, but we’ve known since high school physics what nature thinks of a vacuum. 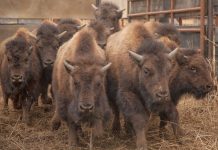 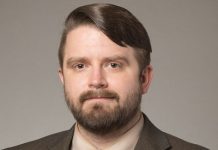 The End of the ‘American Century’