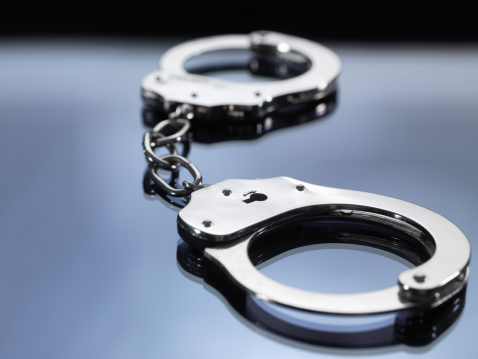 Proposed legislation under consideration by a House panel this week would harshen criminal penalties for trespassing on or damaging pipelines, dams, power generation facilities and all other manner of “critical infrastructure,” an effort arising in states nationwide following high-profile demonstrations at oil installations in the last several years.

Under House Bill 481, a person who “willfully damages, destroys, vandalizes, defaces, or tampers with equipment in a critical infrastructure facility” would upon conviction receive a maximum sentence of 30 years, fines topping out at $150,000, or both. Simple trespassing and trespassing with intent to “willfully damage…or impede or inhibit operations of the facility” would be subject to sentences of six months and 18 months, plus fines in the thousands, respectively.

What has opponents of the bill especially concerned — aside from the steep penalization of crimes covered elsewhere in statute — is a section they view as holding swaths of participants in non-violent protests liable for the actions of a small number of individuals. Tribal members also warned of disproportionate enforcement of the law against indigenous Montanans and possibly violations of tribal sovereignty.

“This shows the drafters of this bill think the property of giant international corporations are more important than the property of Montana citizens and is a direct attack on the tribal members of the Fort Peck, Assiniboine and Sioux tribes,” testified Fort Peck Tribal Councilman Jestin Dupree. “These punishments are intended to stop citizens from exercising their constitutional rights.”

In the background of this effort are several years of unrest and demonstration against major oil projects, primarily the Dakota Access Pipeline in 2016 and 2017 and the phase four extension of the Keystone pipeline — or Keystone XL — which would cut through eastern Montana on its path from oil sands in Alberta to Nebraska en route to southern Texas. Construction on that section of the pipeline stopped earlier this year after the Biden Administration revoked permitting for the project, reversing a Trump-era decision.

Protestors from tribal nations vociferously opposed the now-built Dakota Access Pipeline, citing the potential for destruction of sacred, historically significant land and the spoiling of water and other natural resources available to Indigenous people on the northern plains. Thousands camped at the site of the project during protests beginning in 2016, facing violent crackdowns by police and private security.

HB481, sponsored by Rep. Steve Gunderson, draws heavily from model policy drafted by the American Legislative Exchange Council, a conservative advocacy organization that has promoted similar legislation in states across the country since 2017. The penalties in the bill, including the one penalizing “conspirators,” are present in bills passed in South Dakota, Texas and others.

“Once the realm of peaceful (protest) has left, and there’s burning, damaging and rioting, HB481 kicks in,” said Gunderson, a Republican from Libby.

Several utility companies in Montana and groups representing their interests, including Northwestern Energy, the Montana Petroleum Association and the Montana Association of Coal, Gas and Oil Counties registered their support for the bill.

“This kind of damage causes millions of dollars in damage, lost revenue, and stands the chance of injuring or killing individuals, and it needs to have appropriate punishment,” said Alan Olson, the petroleum association’s executive director. “We are not opposed to free speech, we are opposed to vandalizing equipment and pipeline infrastructure.”

But opponents pointed to several provisions in the bill that they say could stifle and chill the rights to speak and assemble. Even putting constitutional issues aside, they decried the idea that a person could receive 30 years imprisonment for tagging a pipeline.

“We know what happens when we’re not clear,” said Joan Kresich with the Northern Plains Research Council. “A wide net gets cast and people get pulled into that net who don’t belong.”

Sam Forstag, a lobbyist with the American Civil Liberties Union of Montana, raised concerns with two key sections in the bill: one which would make impeding or inhibiting operations of the facility a felony, and another that would punish “an organization found to be a conspirator with persons who are found to have committed any of the crimes” with “a fine that is 10 times the amount of the fine provided for the appropriate crime.”

The combination of these provisions could mean that any number of people at, for example, a protest of a pipeline could face substantial legal liability if just one person violates the statute and is determined to be acting as part of a broader organization, he said.

The bill defines organization as “a group of people, structured in a specific way to achieve a series of shared goals.”

“If this bill was to be signed into law, pipelines like the Keystone or future pipelines that would go through tribal land, would in our opinion — they wouldn’t be able to be peacefully protested,” said Keaton Sunchild, political director for Western Native Voice.

Beyond protests, other issues raised with the bill concern the fact that it would seemingly allow an operator of critical infrastructure to determine who can enter private property that someone else owns if they have a leasing agreement to operate on their land, and could hold ranchers who have easements with infrastructure companies criminally liable if they accidentally damage the company’s property.

“Every ranch almost in eastern Montana that’s close to an oil well has (a line) on their place,” said Dick Iversen, who operates a ranch in Richland County. “It’s very easy for a farmer to accidentally hit one of those.”
Gunderson said he would work to amend the bill to address Iversen’s concerns as it makes its way to the Senate. He’s also introduced an amendment in order to exempt actions protected by the National Labor Relations Act — that is to say: strikes — from punishment, a requests from several labor unions that opposed the bill.
The House Judiciary Committee, which heard the bill during a marathon session Wednesday, did not take immediate action.

Montana looks at next steps for Colstrip