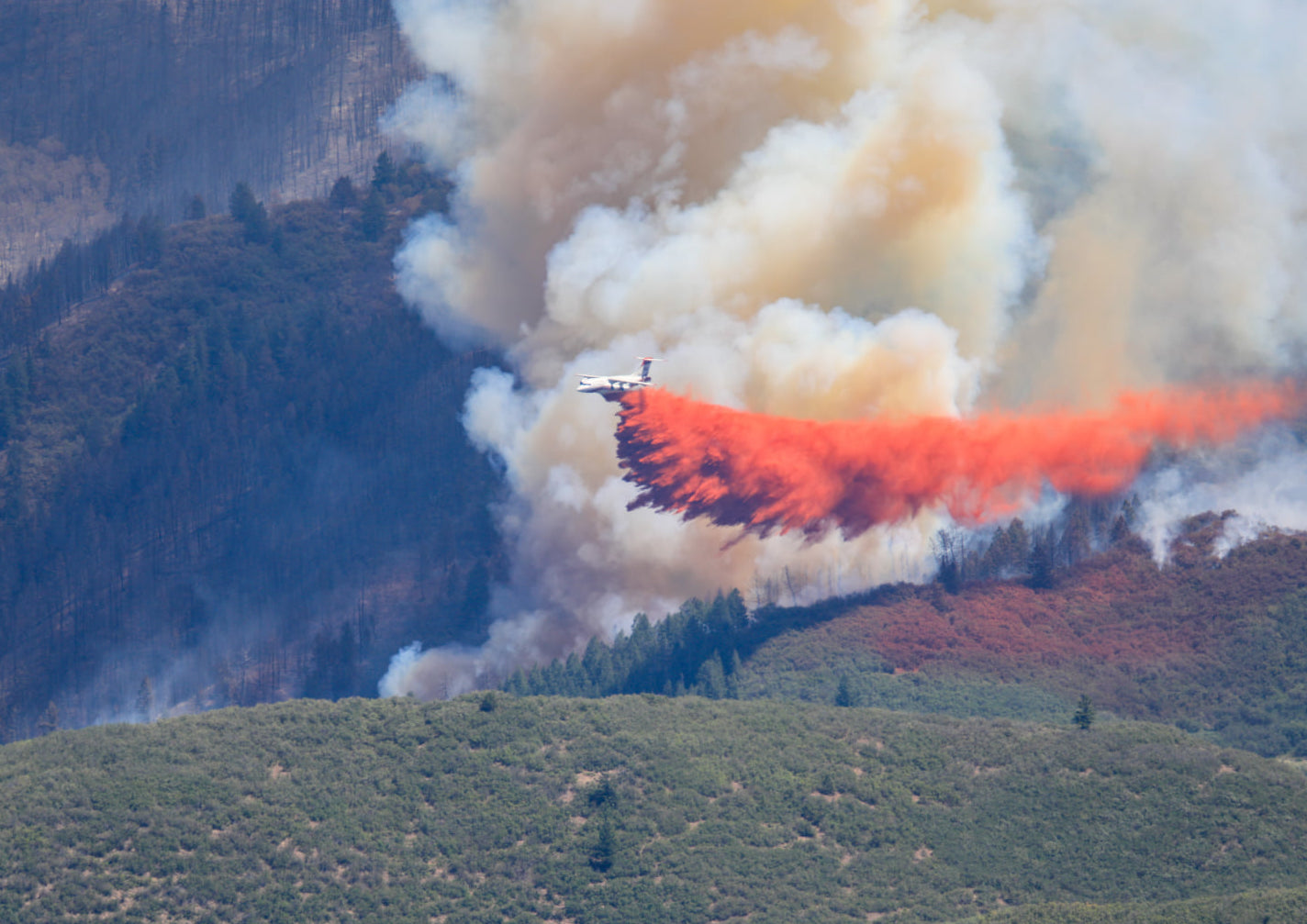 As Montana prepares for another wildfire season, reports are already trickling saying that 2020 and the extensive damage done last year may be the new normal.

The good news: There’s a way to avoid the catastrophic large fires that have plagued the West. The bad news: It will likely take years – and a change in federal policy – to return to more manageable fire seasons.

For example, The Billings Gazette recently reported that 166 structures in the state were lost during 2020, the most in eight years, when fire claimed 464 structures. Longer sustained high temperatures, coupled with the dry lightning that plagues the state in late July and August, mean more likelihood of fires. Add in forests that have large aging fuel loads, and it’s literally a perfect firestorm.

However, Michael T. Rains, a former Deputy Chief of the United States Forest Service and lifelong forester, continues to write and publish on destructive wildfires. He’s prepared a call to action for forest management and he said that until the federal philosophy at the United States Department of Agriculture (where the Forest Service is housed) is changed, more extremely hot destructive fires will happen. But, it’s not just that: It’s that those fires are hard to manage and often destroy lives and property as witnessed by the massive fires in California.

More than 4,100 people have signed onto Rains’ call for action.A Call to Action_CV19 UPDATED


Rains said the problem is systemic: As fires become more intense and larger, more of the federal budget goes toward fighting fires. Because more money is spent on fighting fire, less money is spent employing good healthy forest management practices. Because of that, forests are not properly managed, Rains argues, which only makes them more vulnerable to large, intense fires. In other words, the more federal officials spend money to fight big fires, the more big fires become the normal.

What is necessary, Rains said, is to increase spending on forest management, while for an interim period, not necessarily short-changing fire efforts. He said that one part of the budget often cannibalizes another. Instead, he argues that more money has to be invested in forestry management in order to make sure they don’t become overgrown, old tinder boxes.

“Forests are more than trees,” he said in an interview with the Daily Montanan.

He said that the national conversation has become too single-dimensional: Forest management often becomes code for indiscriminate clear-cut logging. Meanwhile, environmentalists are often mischaracterized as being opposed to any tree cutting or management.

The reality, Rains said, is that logging forests and reducing fire fuels requires thinning and harvesting, but not in a way that turns entire wooded areas barren.

Rains describes the problem as “too much vegetation.” Many forests are clogged. Patches of dead and insect-killed timber need to be removed, and because of lawsuits and a lack of funding, forests are not actively managed as well as they need to be to ensure national forests don’t become inadvertent tinder boxes.

He said Congress doesn’t bat an eye at paying for the average fire suppression cost of $1 million per hour, but must start investing in management. Ironically, if forests were better managed, the cost of fighting fires would decrease. Inversely, as forests remain unmanaged, they take more resources when fire breaks out.

Two-thirds of the budget is spent on fire suppression.

“If you went into a donut shop and all you saw were cookies, you’d say it was a cookie shop,” Rains said. “Well, the Forest Service doesn’t do a lot of forest management, but it does fight fires.”

Rains estimates that a sustained management program could turn around the long-term fire prospects in a decade.

“My push is managing ecosystems vibrancy of production of biomass to maximize both forestry and wildlife,” he said.

Rains’ call to action points out that in 2018, it estimated that less than 5 percent of the annual growth in forests is harvest, which often leads to overstocking – or too much fuel for fires.

“There are more trees than 100 years ago,” said Chris French, now a Deputy Forest Service Director in a report to Congress.

“More wood can and should be removed,” Rains added. “Over the last 30 years timber harvest levels, for example, have declined by about 80 percent. Excessive regulations, disguised as important to an environmental movement have in fact contributed to a reduction in environmental health.

“Most who are in the profession of caring for the land along a rural to urban gradient consider themselves enviornmentalists, but with a conservation bent.”

That would include timely salvage of timber that’s dead. He also wants to create mosaic patterns that help create natural firebreaks.

“I would like to see low-value wood cut out and a vibrant mosaic in the land,” Rains said. “Does that include green timber? Sometimes. But there is no clear-cutting in a mosaic.”

A mosaic approach also gives different habitat and tends to increase the biodiversity; in other words, more critters.

“But because you’re either a logger or environmentalist, you can’t have a conversation,” Rains said.

One of the other aspects that is routinely underestimated or not considered Rains said is the fire toll on human health. In addition to threatening property, catastrophic fires also produce an incredible amount of smoke that contributes to carbon in the atmosphere and impacts millions of people with breathing problems like asthma and emphysema.

“We understand when people die in a fire – like 88 people in the Paradise (California) fire,” Rains said. “But what about the 27,000 who die prematurely because of the effects of smoke inhalation?”

At first, Rains said the federal government would have to commit more money to both aspects – to the forest management and the fire suppression. One budget can’t cannibalize the other in order to maintain public safety.

“You have to sometime make the case for restoring healthy forests,” Rains said. “The less clogged a forest is, the less intense a fire is.”

After that period of time, Rains said, fire can become the natural conservation tool it has always become. Right now, Rains said the biomass – or fuel – for fires is so great in many federal forests that fire cannot be reasonably “herded” and often become “escaped fires.”

“I love the Forest Service and owe everything to them,” Rains said. “But the top leadership has developed a don’t-mess-up syndrome and that’s what continues a status quo.”