With Montana having the 13th highest marginal income tax rate of all 50 states, it is clear that Montanans deserve tax relief. But when Gov. Gianforte said he wants to reduce the tax burden, opponents began making false claims about the 2012 Kansas tax plan to derail tax relief.

People across the nation who are opposed to letting citizens keep more of their hard-earned money have repeatedly pointed to the 2012 Kansas tax plan as their primary example of why tax cuts don’t work. Most of what they claim is consciously distorted or just isn’t true, and a recent column by former Kansas legislator Don Hineman did just that.

Kansas certainly had a lot of problems, but most of them resulted from self-inflicted implementation issues. To put it plainly, people failed, not the concept of tax relief.

To help people in Montana and across the nation learn from the mistakes, Kansas Policy Institute published What was Really the Matter with the Kansas Tax Plan in 2018.

For example, Kansas spending wasn’t cut with a “meat cleaver” as claimed; General Fund spending increased and set several new records between 2012 and 2017, before legislators imposed the largest tax increase in state history. Year after year while the tax cuts were in place, the legislature declined opportunities to reduce costs. They preferred to put Kansans through several years of budget misery so they could eventually raise taxes on individuals and business.

Spending control is the key to successful tax relief. Every state provides the same basket of services (for example, education, social services, transportation) but some states provide services at much lower costs, and that allows them to tax less.

Also, Gov. Brownback didn’t say that tax reform would pay for itself; that’s another myth perpetrated to discredit tax relief efforts. It was well-known in 2012 that the state would face deficits within two years if spending wasn’t reduced,

Data from the Bureau of Economic Analysis refutes the false claim that tax cuts hurt the economy.

Montanans can learn from Kansas’ mistakes and successfully reduce taxes, as states like North Carolina, Tennessee, and Indiana have done. Don’t cut taxes and increase spending like Kansas did. Build a plan that shows how budgets can be balanced by making better use of taxpayer dollars.

Don’t let the tax-and-spend crowd pull the wool over your eyes. Montanans deserve tax relief and it can be done.

Kendall Cotton is the President and CEO of the Frontier Institute, a think tank dedicated to breaking down government barriers so all Montanans can thrive.

Dave Trabert is CEO of Kansas Policy Institute, where he also does research and writes on fiscal policy and education issues. He is the lead author of the tax policy book “What was Really the Matter with the Kansas Tax Plan?” 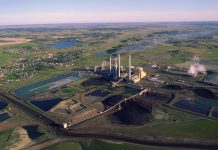 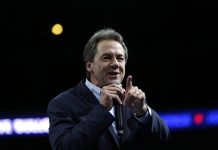 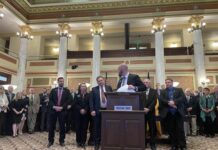