The Senate has stalled on confirming judges appointed by former Gov. Bullock

Gov. Greg Gianforte signed into a law Tuesday a bill that gives him mostly unfettered ability to fill supreme and district court vacancies.

Senate Bill 140, sponsored by Sen. Keith Regier, R-Kalispell, eliminates the Judicial Nominating Commission and gives the governor power to fill judicial vacancies. However, the appointments have to be approved by the Senate.

While the bill made its way through the legislature, the Senate Judiciary Committee, which is chaired by Regier, stalled on confirming three judges appoint 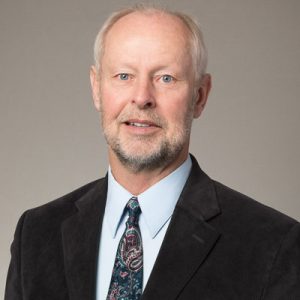 Opponents worried the eliminating the commission and giving the power directly to the governor would make the process too partisan. Lt. Gov. Kristen Juras, who helped draft the bill, said the commission process was already partisan because of the member’s history of almost exclusively donating to Democrat candidates.

Juras said during hearings to trust Gianforte when filling vacancies, a message he reiterated in a news release announcing the bill’s signing.

“When judicial vacancies occur, I will appoint well-qualified judges who will protect and uphold the Constitution and who will interpret laws, not make them from the bench. I am committed to appointing judges transparently, providing for robust public input, and ensuring judges have a diversity of legal background and subject matter expertise,” Gianforte said in a news release.

The commission was put in place after the 1972 Constitutional Convention to correct historical corruption in the judiciary by creating an oversight process and moving away from direct political appointments to a merit-based commission.

While the governor and his staff believe the bill is working within the constitution’s confines because it states judges shall be appointed in a “manner provided by law,” experts have warned it may not be that simple.

Opponents also raised concerns about giving the governor too much power.

In written testimony submitted to the Senate Judiciary Committee during its first hearing, the Montana State Bar said it has “profound constitutional and public policy concerns” about the bill.

“We want an independent and impartial judiciary, and honestly, that’s what I think most Montanans want,” the bar’s Executive Director, John Mudd, said via phone in a previous interview with the Daily Montanan.

The governor’s office pushed back on the amount of power the bill would give the governor.

“No matter how the bills and the laws play out, we are still a state that has judicial elections, and in the end, as in the beginning, the voters are going to have the ultimate say to who sits on our courts,” Johnstone said in the previous interview.

Judges appointed by the governor are overwhelmingly re-elected.

Two amendments that would have established a middle ground were voted down by Republican lawmakers. One would have given the governor the power to replace the majority of the commission at the start of their term and the other would have allowed the governor to select a second list of nominees unhappy with the first.

The bill is one of many Republican efforts to reshape the judiciary this session.

The Republican-controlled House and Senate have also favored bills that would allow judges to announce campaign endorsements and send a referendum to the public to vote on districting Supreme Court elections. But the same lawmakers have shutdown bills that would have made judicial elections partisan and modified how judicial complaints are handled.