Mike Milburn, Gov. Greg Gianforte’s senior advisor, was on Thursday walking the Capitol halls past the legislative chambers — where the governor had just visited to gladhand and backslap with House Republicans — when Sen. Jason Ellsworth, R-Hamilton, appeared from a side door to the Senate floor to get his attention.

Milburn leaned in to listen.

“The bill is coming back,” Ellsworth told the former House Speaker. “701 is coming to the floor.”

That morning, grand ambitions from the Governor’s Office and the Republican legislative establishment for implementing recreational marijuana in Montana were nearly derailed in committee when the GOP’s right flank and Democrats joined to vote down this session’s flagship pot proposal, only for the bill to be revived less than an hour later after a series of frenzied negotiations within the majority party.

Democrats had already been planning to vote against the bill, House Bill 701; despite propping up a comprehensive recreational pot market, the proposal diverted most revenues from taxes on the product to the state general fund, a departure from the language in I-190, the legalization initiative that voters approved last year.

But a contingent of Republicans voted against the bill as well. Some just don’t like marijuana, or are sensitive about adult use due to the rocky rollout of medical marijuana many years before. Some, echoing a concern among Democrats, worried about the speed of the process. For months, lawmakers and stakeholders from the Governor’s Office and the industry had been crafting the bill, but it only had its first committee hearings this week, with the days ticking down until the deadline to transmit revenue bills to the opposite chamber.

HB701, sponsored by Rep. Mike Hopkins, R-Missoula, was slated to hit the floor Tuesday, the first day back after a four-day Easter break.

But the primary reason for opposition, at least among the GOP, had less to do with what was happening in the House Taxation Committee and more to do with what was going on across the hall, where lawmakers in the Business and Labor Committee — which heard HB701 earlier in the week — were considering two other marijuana proposals.

The first, HB670, passed 11-9. That bill, crafted by Reps. Derek Skees and Matt Regier, both Kalispell Republicans, would tax recreational marijuana at a lower rate (15%) than HB701 (20%) while slightly raising the tax on medical marijuana. It would set aside most of the tax revenue for paying down public employee pension obligations while leaving some in a trust fund to address “the economic and social costs” of legalization, while HB701 would put most of the money into the state general fund.

The second was Rep. Brad Tschida’s HB707, which would overhaul I-190’s taxation structure entirely, only taxing wholesale marijuana at a rate of 20%, a system modeled after the state’s alcohol regulations. Tschida, R-Missoula, said earlier this week that he hoped to have part of his bill inserted into the main vehicle, HB701. But HB707 failed.

Meanwhile, the Taxation Committee was preparing to vote on HB701 as word reached from across the hall that one of the other bills had fallen. To some House Republicans, putting all of the Legislature’s weight behind HB701 without considering all other options didn’t make sense; they didn’t like aspects of the bill, especially its approach to spending and saving pot revenues, and the fact that there was little time for amendments in the House frustrated them.

So four Republicans voted no: Rep. Lola Sheldon-Galloway, R-Great Falls; Rep. Caleb Hinkle, R-Belgrade; Rep. Scot Kerns, R-Great Falls and Rep. Jeremy Trebas, also of Great Falls. Along with a unified Democratic block, which had been fighting to increase funding for the environment and public lands in HB701 per the language in I-190, it was enough to kill the bill 10-12.

“We wanted all three bills to come across the House floor. I didn’t realize that Taxation was going to be voting on the big bill, because we had the smallest hearing,” said Sheldon-Galloway, who preferred the Skees-Regier plan due to the fact that it invested weed revenues in an interest-collecting trust.

It was a rare moment of accidental transparency for the Republican majority. The hallway between the two committee rooms was abuzz, with more reporters and lobbyists arriving by the minute. At first, several key players — Hopkins, Rep. Becky Beard, the House Taxation Committee Chair, Rep. Mark Noland, R-Bigfork, the Business and Labor Chair, Sen. Jason Ellsworth, who will likely ferry the bill in the Senate, and others — huddled in a hallway behind a glass double door, out of earshot from the public, trying to put together the pieces.

The group dispersed. In one corner, Ellsworth leaned over Hinkle, speaking in quiet, urgent tones about vote counts. Other atomized groups clustered elsewhere in the vicinity, waiting for further clarity, processing what had happened. The bill that had failed, in addition to being the longest and most detailed marijuana plan, is also the bill that promised to fund the governor’s substance abuse treatment program, the HEART Fund, among other key priorities.

Even worse, from the perspective of the GOP, is total gridlock would mean that the Legislature could lose its chance to amend the language of I-190, an initiative that passed with 53 percent support in 2020 despite potentially violating the constitution by prescribing expenditure of tax revenues, a proprietary authority the Legislature guards jealously.

After the flurry, the committee decided to return just after noon, and the hallways cleared. Was one of the session’s weightiest bills — in both the literal and figurative sense — dead? Would its language be merged with Skees’ bill?

The key issue, as Sheldon-Galloway described, was the lack of options with limited time. She said she wanted to see the bills be reconciled in conference committee, and expected several amendments. Hinkle said something similar: All three bills should make it to the House floor, and ideally all three should make it to the Senate.

Lo and behold, Business and Labor returned from recess, Republicans took HB707 off of the table, and on a largely partisan vote passed it onto the floor. Noland and the rest of his committee hovered in front of the television that showed how the Taxation Committee, now back from its break, would act.

Indeed, Rep. Josh Kassmier, R-Fort Benton, moved to bring the bill off the table. Though it still lacked Democratic support, the motion passed, and shortly thereafter, Sheldon-Galloway, Hinkle, and the rest switched their votes, sending HB701 to the floor, alongside HB670 and HB707.

“We wanted more options, that’s what the whole thing was about,” Noland said. “More options gives we the people better chances. Some don’t like one of those bills. Some have hiccups with the big bill. If we get everything moving, then we can discuss all of these bills.”

Hopkins couldn’t be reached for comment in time for publication.

Beard and other lawmakers began working on amendments to HB701 after the dust settled. On the House floor Thursday, she said to expect some proposed changes to the tax rate, implementation date (retail could launch as early as next January), among other areas. Democrats, who want to expand HB701’s provision allowing for the re-sentencing of incarcerated people with marijuana convictions, loosen licensing restrictions on those with past drug charges, and above all put as much money toward lands and conservation as possible, plan to bring their amendments either or on the House floor or as the bill(s) makes its way through the Senate.

J.D. “Pepper” Petersen, a dispensary owner and CEO of the Montana Cannabis Guild, said he expects most of the action to occur in the upper chamber. Like many dispensary owners, he’s not a fan of HB701, which has one provision providing for counties to easily opt-out of recreational marijuana and another preventing outdoor grows. However, he predicted that to be the final vehicle.

Galt couldn’t say with certainty that HB701 would get the votes in the House.

“It’s gonna be really interesting,” he said, referencing another profitable vice regulated in the state of Montana. “It’ll be a roll of the dice.” 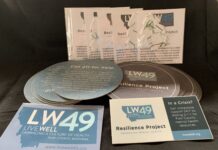 Flagship pot bill rescued from the brink after GOP dissent