In a bid to increase its energy capacity, NorthWestern Energy has filed an application to build and operate a $250 million natural gas fired plant, the Laurel Generating Station, southeast of the utility’s substation in Laurel.

If approved, a typical residential customer would see a monthly increase of $6.64, or 7.4 percent, on their power bill, or roughly another $80 a year, according to the utility’s submission to the Montana Public Service Commission. NorthWestern estimates 80 percent of its customers are residential.

NorthWestern already has purchased nearly 34 acres for the project, said spokesperson Jo Dee Black. The plant will be located east of the sewage plant and refinery and north of the Yellowstone River.

The application notes NorthWestern has started to convert a crude oil pipeline to transport natural gas to the plant. The conversion will require horizontal drilling under the Yellowstone River, and NorthWestern anticipates making applications this summer for permits.

Black said NorthWestern Energy hopes the facility will be completed by the beginning of 2024. Once it’s online, she said the generating station will help shore up the company’s ability to serve customers, especially during times of high demand in the region.

“Capacity resources such as coal are being retired faster than replacement capacity is available,” Black said. “And the reason that’s a big concern for NorthWestern Energy is that more than any of our peers in the region, we are relying on market purchases to meet our peak demand.”

During peak demand, NorthWestern may need to buy 40 percent to 50 percent of the energy it needs, she said: “There’s a risk then to reliability and price stability that our customers are exposed to today.”

In its application, NorthWestern notes it has 837 megawatts to address a peak load of 1,200 megawatts, leaving a 363 megawatt deficit, or a 555 megawatt deficit if including reserve requirements. The application said in February this year, the utility had to serve customer demand in excess of 837 megawatts for nearly three days, and it was only able to buy from other utilities because their customers didn’t need the energy at the same time.

The Laurel Generating Station has several benefits for energy consumers, including reliability and stability, Black said. She said the technology creates low emissions, it’s efficient, and it can run for long durations.

It also can easily be turned on or off depending on, for example, whether the wind is blowing, she said. For instance, on Monday, she said NorthWestern had more energy from wind on its system than customers could use.

“That flexibility is great for our customers,” Black said.

She said the plant will be the first thermal resource NorthWestern adds to its portfolio in Montana for a decade. The last one was the Dave Gates Generating Station near Anaconda in 2011. Black said everything the utility has added in the last decade has been a renewable resource, hydro, wind or solar.

During peak construction in Laurel, an estimated 250 to 300 people will work to build the plant, and once it’s running, NorthWestern anticipates 10 full time employees will work at the plant, Black said.

NorthWestern’s application to the PSC also requests approval of a 20-year agreement to purchase from a 50 megawatt battery storage facility that Beartooth Energy Storage will build and own in Yellowstone County.

Additionally, the proposal notes NorthWestern is entering into a five-year agreement with Powerex Corp. for 100 megawatts from BC Hydro System, but it isn’t seeking the Commission’s approval for that contract.

The application from NorthWestern comes out of a 2020 request for proposals, and the public will have limited ability to see the scope of projects the utility considered; NorthWestern earlier noted the third party that evaluated the proposals, Aion Energy, received 180 pitches representing 21 bidders.

PSC staff attorney Lucas Hamilton said he anticipates NorthWestern’s current application will be carefully scrutinized. He said a public hearing will be scheduled on the proposal in addition to possible listening sessions given its substantive nature. 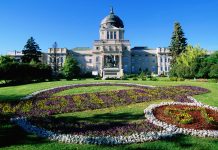 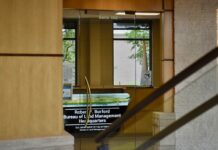 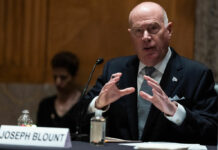 Colonial Pipeline CEO: ‘One of the toughest decisions I have had to make’