Paul Mabie and his husband put everything on the line to launch the Oddfellow Inn and Farm on a patch of agricultural land outside of Helena in July of 2019. Less than a year later, the pandemic threatened to take it all away from the couple, also partners in the business.

“We would have probably lost everything,” said Mabie, co-owner of the inn and accompanying French bistro Maison, as well as Smokejumper Station in the airport.

What saved Big Sky Hospitality Group from that fate was a series of federal pandemic aid packages like the Paycheck Protection Program, which allowed the company to move employees it would have laid off at the airport to Oddfellow, Mabie said at an event with senior Montana Sen. Jon Tester on Tuesday. Now, Mabie said his concept is ready for an expected 25% increase in the pace of tourism thanks to months of pent-up demand in the hospitality sector.

Tester, a Democrat, visited Oddfellow this week to demonstrate the impact that COVID-19 aid like the recent American Rescue Plan Act and other packages have had on the Lewis and Clark County community — and to highlight his role as the only member of Montana’s delegation in Congress to vote for ARPA.

“If we’re going to make sure that we get the economy open, small businesses, schools and local governments need to be able to rebound. And that’s why I fought to make sure that this American Rescue Plan contained targeted, needed funding to help us get back running,” Tester said.

He also pointed to the need to continue pushing vaccines — 50% of those eligible in Lewis and Clark County are already fully vaccinated, and getting shots in the arms of the remaining half will help pave the road to recovery, he said.

Thanks to funds for local governments contained in ARPA, the city of Helena will receive around $8 million in federal aid, while the county will receive roughly $13.4 million, Tester said.

The pandemic had a “crippling effect” on Helena, said Mayor Wilmot Collins, but federal assistance meant that the city was able to weather the pandemic without cutting essential services. Collins also pointed to a solvent general fund and a newly created local housing trust fund as an example of the reach of some of these programs.

“Helena would have suffered had the CARES funding (the first two batches of COVID-19 aid) not been provided,” Collins said.

The American Rescue Plan Act, the most recent COVID-19 aid bill and the first under President Joe Biden, also contains billions in federal dollars for schools and colleges, vaccine distribution, airports and businesses, as well as funding to restore Amtrak service to the Empire Builder route along the Hi-Line, a priority of Tester’s during negotiations around the bill.

A group of committees comprising lawmakers and appointees from the executive branch will begin meeting in earnest this week to hear proposals for ARPA-funded healthcare, broadband, infrastructure and economic development projects from across the state. The committee system was created under House Bill 632, state law passed this session to implement and distribute more than a billion dollars in federal aid.

Tester said he wanted the Legislature to take a “hard look” at water and sewer projects, one of the only categories in ARPA that qualify for federal funding without a direct connection to pandemic recovery.

“There’s a lot of water systems in the state that need attention,” he said.

Gov. Greg Gianforte on Tuesday launched a website and application portal to facilitate proposals for state and local recovery funds in anticipation of this summer’s ARPA committee meetings. Former state Department of Agriculture chief Mike Foster will oversee the process for the Republican governor, who will ultimately approve recommendations for spending around $1.5 billion in federal funds. 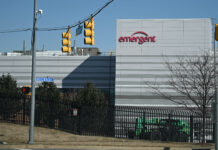 Troubled Maryland plant told to toss some of its vaccines 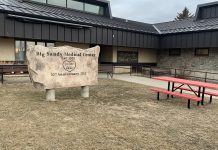 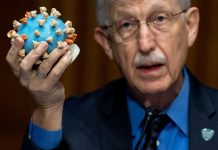 Time to say goodbye to insurance for COVID treatment fees