The case, the second in as many days, gets added to a list of more than a dozen bills being challenged in both state and federal court, ranging from coal to guns to transgender students.

The case alleges that each of the bills is unconstitutional because lawmakers usurp power that rightfully belongs to the Montana University System Board of Regents via the state’s constitution.

The suit challenges House Bill 349 which regulates student activity organizations and use of the facilities.

It challenges House Bill 112 which received much media coverage because it forbids university athletic teams from allowing transgender athletes in women’s sports.

The lawsuit contests House Bill 102 which requires public universities and colleges to allow concealed carry of weapons on campus. The lawsuit notes that the Regents have also filed a lawsuit on this matter, but are only challenging this law, not the others faculty, students and former regents are equally concerned about.

The lawsuit challenges Senate Bill 319 which  regulates political activities on certain parts of the campuses, including residence halls and sporting events. On Tuesday, a separate legal challenge which claimed SB319 violated many different aspects of current law was filed in Lewis and Clark County court.

Finally, the lawsuit challenges a portion of the largest bill passed during the Legislature, House Bill 2, the budget and funding bill which funds state government for the next biennium. The suit challenges a provision of that appropriations bill which tied $1 million in funding for the university system if and only if the Regents didn’t challenge HB 102 – the concealed-carry law.

Attorneys representing the long list of clients are also part of other lawsuits challenging the most recent legislature. Attorney James Goetz is representing a group of plaintiffs, along with Clifford Edwards, in a pending case before the Montana Supreme Court which challenges Senate Bill 140, which allows the governor to appoint judges directly, and eliminates the judicial nomination commission. Raph Graybill of Great Falls is also representing the group challenging a variety of portions of SB319.

One of the recently passed laws that does not have a challenge pending elsewhere is HB349 which was framed by lawmakers as a way to protect speech on campus, in particularly addressing concerns of lawmakers that conservative speech was often barred or banned.

“This act purports to prohibit ‘student-on-student discriminatory harassment,’” the suit said. “But it does the opposite – it actually forbids a university from disciplining a student for harassing another student unless ‘the speech … is unwelcome and so severe, pervasive, and subjectively and objectively offensive that a student is effectively denied equal access to educational opportunities or benefit.’

“That is, it seems to invite student harassment as long as it doesn’t go too far.”

In addition to arguing the laws fly in the face of the Regents’ constitutional authority, the suit points out that in the cases of discrimination, harassment and even carrying weapons on campus, the university system has already exercised its authority and adopted policies to address those issues.

The lawsuit also said that it’s the Regents’ job, along with the National Collegiate Athletic Association, to decide how sports teams are regulated, not the role of lawmakers.

The wide-swath of plaintiffs expressed not only a legal concern that the laws violate the state’s Constitution, but also feared the consequences of the legislation.

“They are personally apprehensive about the apparent open invitation to harass and discriminate under HB349 and about the risk of injury and death presented by HB102, the presence of guns on campus, their individual safety and the safety of the students, and erosion of the learning environment,” the suit states. “They are also concerned about the negative effect on enrollment due to the concerns of prospective students and their parents over student safety on the campuses.”

The suit also challenges a provision lawmakers put into the funding bill which would add $1 million of state funds to the Regents if they did not challenge HB102 in court. The lawsuit also pointed out the confusing language of the bill which seems to suggest the entire law would be struck down if the Regents just challenged it in court.

“(HB 2) purports to make this appropriation conditional by providing that sum is forfeited if the Montana University System takes legal action to vindicate its authority by invalidating HB102,” the suit reads. “Although the wording is awkward, it seems to suggest that if HB2 is challenged by the (system), HB102 is void. The actual language is: ‘If the Montana University System files a lawsuit contesting the legality of HB102, Implementation of HB102 is void.”

The lawsuit asks for all four bills to be voided because they’re unconstitutional and award $1 million to campus for safety because the conditions are unconstitutional. Moreover, the suit also seeks attorneys fees for the organizations as well, which are discretionary. 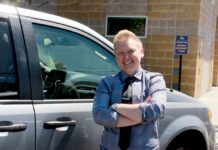