Montana has become the most recent state to formally oppose the teaching of “Critical Race Theory” in public schools.

Superintendent of Public Instruction, Elsie Arntzen, published a blog on May 12 in which she labeled CRT a “fringe ideology” and called on Montana Attorney General Austin Knudsen to issue a formal opinion on the legality of teaching CRT in Montana schools. Knudsen issued that opinion on May 27, asserting that teaching some aspects of CRT would violate state and federal laws.

He included a list of prohibited activities, such as grading students on the basis of their race, using materials that assert that one race is superior to another and “forcing students to admit…concepts like white privilege…” These are activities in which no educator would engage, either within or outside of teaching CRT. These statements reveal a fundamental misunderstanding of both CRT and the way that teaching and learning occur.

Arntzen and Knudsen make the same error as other critics of CRT. They conflate individual practice and societal structure. This is a common issue among students of sociology before they learn to use what C. Wright Mills called “the sociological imagination.” Mills distinguished between “private troubles” and “public issues” and made the case that most individual experiences must be conceptualized within a larger societal context. For example, if someone is having trouble finding a job, it might be because s/he does not have the necessary skills or the work ethic to maintain employment. That’s what Mills meant by a “private trouble.” But as we all learned during the COVID-19 pandemic, in order for people to be employed, jobs have to be available. When the country shut down to slow the spread of the virus, millions of Americans lost their jobs and were unable to find new ones. That had little to do with their individual behavior or character and everything to do with societal-level decisions about how to respond to the pandemic. Analyzing the economy and its effects on things like people’s ability to find a job is what Mills meant by “public issues.” The experience of the individual can only be fully understood within the context of larger social forces.

The same holds true in the study of race relations and racial inequality. At the individual level, we can examine interpersonal experiences of prejudice and discrimination, like refusing to serve a Black customer at a business. But at the societal level, we analyze what sociologists call “structures of inequality.” That refers to the ways in which racial inequalities are built right into our social processes and institutions. The clearest examples of this are historical, like the practices of slavery and legal segregation. But there are contemporary examples as well, despite laws that prohibit differential treatment on the basis of race.

Health outcomes for people of color lag behind those of whites, people of color are killed by police at a higher rate than whites and they are denied mortgages and other loans more frequently, even when controlling for other factors like income. This is true regardless of the individual behavior of health care providers, members of law enforcement or loan officers. The individuals involved in these institutions may not engage in any discriminatory behavior. In fact, they may work to practice anti-racism. But that does not mean that people of color do not experience differential treatment. Sometimes, despite individuals’ best efforts, institutional policies result in unequal treatment.

An excellent current example is the news that broke this week about racial discrimination in the National Football League in the process of issuing payouts to players in its concussion settlement. The process used to calculate the payout amounts included racial category as a demographic factor and resulted in Black players receiving lower sums because their cognitive deficits were deemed less pronounced. The individuals involved in developing the calculation model and issuing payments may not have been engaging in any racially-biased behavior but because the model itself was biased, the result was discriminatory. Individual behavior does not necessarily align with larger social trends but that does not mean that the social trends do not exist.

This is the crux of the fundamental misunderstanding of CRT. The theory was developed in the 1970s as part of the effort to understand why racial equality did not immediately follow the legal extension of equal rights to all people during the 1960s. Civil Rights leaders hoped that interpersonal interaction under integration would reduce prejudice and discrimination and move the U.S. toward racial equality. While progress was clearly made, racial inequalities persisted, and CRT was developed to examine how this can happen even when laws exist to prevent discrimination and individuals make efforts to treat all people equally. CRT examines the institutional policies and social practices that maintain structures of inequality. It is a “theory” of racial inequality, but it is a theory in the way that evolution is a theory of the origin of the species in the biological sciences. It is well-supported by evidence and there is no alternative explanation of any significance within the field. CRT does not teach that any racial group is superior to another and it would be antithetical to the discipline to treat individuals differently on the basis of their race. I suspect that the opposition to CRT stems from the erroneous belief that it encourages white students to “feel guilty” about being white or to admit that they are “oppressors” or “racist” simply because they are white. I encounter this regularly because I teach about white privilege. Acknowledging that white privilege exists is not an accusation that individual white people are engaging in racist behavior, nor does it mean that white people “have it easy” because they are white. It simply means that white people do not have the additional layer of concern that comes with wondering if your race will affect how you are treated. White people do not have to worry about being followed by security in a store because of stereotypes about people of color and criminal behavior and they don’t have to wonder whether they lost out on a job or promotion because of racial prejudice. Acknowledging that, at the societal level, people of color experience systemic disadvantage is not the equivalent of accusing individual white people of being racist. It is the difference between the societal level and the individual level.

This confusion about the difference between structural (or institutional) racism and individual racist behavior is also the source of Knudsen’s misunderstanding of how classroom teaching and learning occur. He seems to think that studying the existence of structural inequalities in our society would mean “forcing” white students to see themselves as oppressors who are responsible for the marginalization of people of color. But students first learn the distinction between personal troubles and public issues, so they understand that CRT is not about individual blame or culpability. Further, no competent educator would attempt to require students to “believe” in something. That’s not even possible, since there is no way to evaluate someone’s inner values or beliefs.  Teachers assess what students know, not what they believe. I can require that students explain what sociologists mean when they talk about white privilege, but I could not, nor would I ever try, to require them to “believe” that racial inequality exists. Similarly, a biology instructor could require students to be able to explain the theory of evolution, but s/he could never assess whether they actually believe it.

In her blog entry, Arntzen cites a letter to the secretary of the U.S. Department of Education signed by 38 Republican Senators in which the authors assert that “Taxpayer-supported programs should emphasize the shared civic virtues that bring us together, not push radical agendas that tear us apart.” I suggest that teaching CRT does not “tear us apart.” Expanding understandings of the experiences of others is not “radical” nor divisive. CRT seeks to investigate and address the sources of racial inequality in order to work toward a more just and egalitarian nation. Surely that is a “shared civic value” that can bring us together. Any American who values racial equality should support the teaching of CRT and its efforts to increase our understanding of the factors that continue to thwart full equality for all.

Dr. Joy Honea is professor of sociology and president of the Faculty Association at Montana State University Billings, where she has been on faculty since 2003. She teaches in the areas of medical sociology, social theory, gender studies and social inequalities. Her current research is in the sociology of mental health and illness, with a specific focus on suicide prevention. 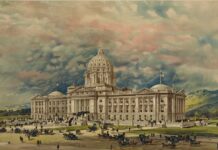 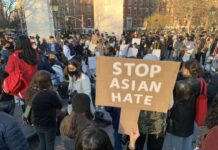 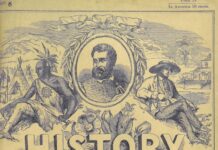