Summertime for national parks in Montana means millions of tourists — and for locals, the beginning of a stream of stories chronicling unaware tourists’ encounters with wildlife, ranging from clueless to dangerous.

In the roughly month or so since visitations have begun a steep increase, Yellowstone National Park has had three documented close encounters of the bear kind, which have led to park staff putting out a video discussing bear behavior, safe practices and what to do to keep safe around the hungry, sometimes mating creatures, which can weigh more than 500 pounds each.

One video that went viral shows a woman being “bluff charged” by a grizzly. Another incident had a solo hiker attacked near the Beaver Ponds loop near Mammoth Hot Springs. And still another incident was a bluff charge by a male grizzly who was mating near the roadside.

“Many, many people think bears are unpredictable,” said lead bear management biologist and ranger Kerry Gunther, who has worked with the huge omnivores since the 1980s. “Actually, they’re very predictable.”

The problem, Gunther said, is that people can’t always read the warning signs, and even fewer people seem to pay attention to park staff charged with keeping visitors and bears safe.

“Unfortunately, it’s easier to manage the bears than the people,” Gunther said.

Gunther and park staff posted a Facebook Live video on Tuesday that dealt with bear safety, including warning visitors to stay at least 100 yards away from bears.

“Even though they don’t look it, bears are big and fast,” Gunther said.

Gunther said the warning signs that a bear is becoming agitated are:

He also said that in both cases where the bears bluff-charged a park visitor, it had given a warning sign that it was agitated, mostly by stomping its paw loudly on the ground, flaring its lips and even growling.

“People just weren’t heeding it, though,” Gunther said. “When a bear slaps the ground hard, it’s telling you you’re too close. ‘I’m not comfortable — move away.’”

He said proper safety protocols when viewing bears or hiking is essential. Those include:

He said the goal of park rangers and “bear jam traffic jam” managers is to “haze” the bear into leaving the area for the safety of the visitors and bears. Gunther said that bears that taste human food, or become “conditioned,” will be less fearful of humans and possibly more aggressive.

Hazing involves rubber bullets, bean bag or cracker rounds — all non-lethal projectiles that seek to move the bears farther away from humans who often go closer and closer, not heeding the warning signs, often in search of a better picture with a cell phone.

Jake Frank, a Yellowstone National Park, photographer and videographer, said that nearly all the photos taken of bears by the park service and posted publicly are with special photography equipment, including high-powered camera lenses and binoculars — staying a safe distance away. 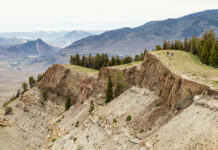 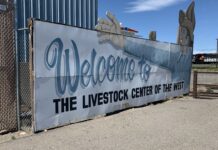 After 3 bear encounters, Yellowstone is urging folks to be more ‘bear aware’