The Daily Montanan is a nonprofit, nonpartisan source for trusted news, commentary and insight into statewide policy and politics beneath the Big Sky. We seek to cover state government and issues, including public lands, politics, healthcare and education by not only reporting what is happening, but why and how the news affects the lives of Treasure State residents. We are an independent news outlet dedicated to the belief that truth, transparency and trust are essential to a free republic.

We are a proud affiliate of States Newsroom, a national 501(c)(3) nonprofit supported by grants and a coalition of donors and readers, which has editors and reporters throughout the country dedicated to relentless coverage of state government, policies and statewide issues. The service is free to readers and other news outlets. No paywalls. No ads. Just information and ideas.

Need to get in touch?

Have a news tip? 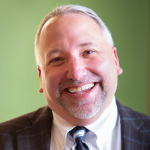 Darrell Ehrlick is the editor-in-chief of the Daily Montanan, after leading his native state’s largest paper, The Billings Gazette. He is an award-winning journalist, author, historian and teacher, whose career has taken him to North Dakota, Minnesota, Wisconsin, Utah, and Wyoming. With Darrell at the helm, the Gazette staff took Montana’s top newspaper award six times in seven years. In 2016, the Veterans of Foreign Wars awarded Darrell its highest media honor for the series “Vietnam Voices.’’ Publicly available and now incorporated into the Library of Congress, “Vietnam Voices” chronicled the experiences of nearly 80 veterans from Montana. While serving as the editor of The Winona (Minn.) Daily News, Darrell was given the prestigious “Friend of Newspapers” award for successfully revamping the state’s public access and information laws. He is the winner of three Lee Enterprises President’s Awards for coverage including devastating flooding of Minnesota and Wisconsin, and he led an initiative to provide in-depth coverage of missing, murdered and indigenous women in Montana. In addition, he has won statewide awards for commentary, including best editorial and best columnist in Montana. Darrell’s books include writing the historical chapters of Billings Memories Volumes I-III, and It Happened in Minnesota. He has taught journalism at Winona State University and Montana State University-Billings, and has served on the student publications board of the University of Wyoming. 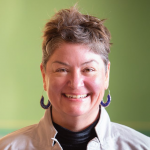 Keila Szpaller is deputy editor of the Daily Montanan and covers education. In Montana since 1998, she loves hiking in Glacier National Park, wandering the grounds of the Archie Bray and sitting on her front porch with friends. Before joining the Daily Montanan, she served as city editor of the Missoulian, the largest news outlet in western Montana. She worked there from 2006 to 2020. As a Missoulian reporter, she was named a co-fellow by the Education Writers Association to report on a series about economic mobility; a grantee of the Society of Environmental Journalists for a project on conservation from the U.S. to Africa; and Kiplinger Fellow in Digital Media and Public Affairs Journalism. She previously worked at the Great Falls Tribune and Missoula Independent, and she earned her master’s in journalism from the University of Montana. She lives in Missoula with her husband, Brock, who is also her favorite chef, and her pup, Henry, who is her favorite adventure companion. She believes she deserves to wear the T-shirt with this saying: “World’s most mediocre runner.” 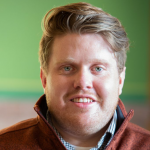 Keith Schubert is a reporter for the Daily Montanan. Keith was born and raised in Wisconsin and graduated from the University of Minnesota in 2018. He has worked at the St.Paul Pioneer Press, Milwaukee Journal Sentinel and most recently, the Asbury Park Press, covering everything from local craft fairs to crime and courts to municipal government to the Minnesota state legislature. In his free time, he enjoys cheering on Wisconsin sports teams and exploring small businesses.

Nicole Girten previously worked as a Government Watchdog Reporter for the Great Falls Tribune. She graduated from Florida State University in 2016 and got her Master's degree from the Medill School of Journalism at Northwestern University in 2020. She’s from Miami, FL and runs on Cuban coffee.