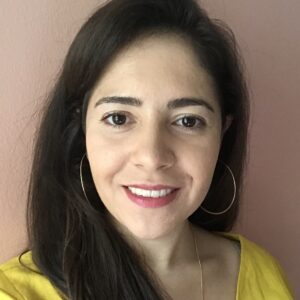 WASHINGTON — Jon Zang walks his dog several times a day in his mobile home community in West Goshen Township, Pennsylvania. It’s quiet, as most of his neighbors are at work. But he often wonders how many more walks he and his bulldog mix, Ladybug, will have down the streets of the place he’s called […]

More than 1,500 books have been banned in public schools, and a U.S. House panel asks why

WASHINGTON — A U.S. House Oversight and Reform Committee panel on Thursday examined why thousands of books, predominantly written by marginalized authors, have been banned from public schools, and the impact of those actions on students and teachers. “Most books being targeted for censorship are books that introduce ideas about diversity or our common humanity, […]

WASHINGTON — The Biden administration Wednesday announced its plans to extend the pause on federal student loan repayments until the end of August. “I recognized in recently extending the COVID-19 national emergency, we are still recovering from the pandemic and the unprecedented economic disruption it caused,” President Joe Biden said in a statement.  “If loan payments […]

WASHINGTON — Nearly 70 years after 14-year-old Emmett Till was kidnapped and murdered in Mississippi by two white men, President Joe Biden signed into law on Tuesday a bill to make lynching a federal hate crime. “Lynching was pure terror to enforce the lie that not everyone belongs in America,” Biden said at  the Rose […]

Biden lays out a ‘fund the police’ budget plan

WASHINGTON — The Biden administration is requesting billions in its fiscal 2023 budget from Congress to fund police departments, despite progressive Democrats’ calls for some of that spending to be reallocated to social services. President Joe Biden’s budget request to Congress unveiled Monday asks for $30 billion for state and local governments to add more […]

WASHINGTON — The Biden administration announced Thursday steps to expedite asylum cases at the U.S.-Mexico border in an attempt to resolve a years-long backlog, but policy advocates worry the streamlined process could prevent asylum seekers from obtaining legal representation if their cases are denied. “If somebody is not approved in the first instance, they’re going […]

WASHINGTON — In the third day of hearings Wednesday on the nomination of Ketanji Brown Jackson to the U.S. Supreme Court, several Republicans on the U.S. Senate Judiciary Committee interrogated her about sentences she handed down for child pornography offenses, disagreeing vehemently with her judicial decisions. Republicans grilled her with questions she had already answered about […]

WASHINGTON — The U.S. Senate with little debate on Tuesday unanimously supported a permanent change to daylight saving time, several days after Americans once again went through the hated “spring forward” ritual of changing their clocks. If the bill, the Sunshine Protection Act, clears the House, it would mean most states would stay on daylight saving […]

WASHINGTON — Senate Democrats and immigration advocates are pushing the White House to end a controversial Trump-era immigration policy enacted during the pandemic that allowed U.S. officials to expel migrants and asylum seekers at the border. “I continue to be disappointed, deeply disappointed, in the administration’s response,” Senate Majority Leader Chuck Schumer, a New York Democrat, […]

Congress hates changing the clocks just like everyone else

WASHINGTON — Republicans and Democrats in Congress can agree on sleep, or more precisely, the inconvenience of losing or gaining an hour of it each year thanks to going on and off daylight saving time. “I believe that any justifications for springing forward and falling back are either outdated or are outweighed by the serious […]

White House allows Ukrainian nationals to stay in the U.S. without fear of deportation

WASHINGTON — The U.S. Department of Homeland Security is granting Temporary Protected Status that will shield Ukrainian nationals living in the United States from deportation, following pressure from members of Congress. “Russia’s premeditated and unprovoked attack on Ukraine has resulted in an ongoing war, senseless violence, and Ukrainians forced to seek refuge in other countries,” […]

‘A crisis that is hiding in plain sight’: Missing and murdered women of color

WASHINGTON — Parents at a Thursday congressional hearing about missing and murdered women of color detailed their frustrating attempts to get the attention of law enforcement and adequate media coverage. “This is a crisis that is hiding in plain sight,” said Maryland Rep. Jamie Raskin, a Democrat and chairman of the U.S. House Oversight Subcommittee […]