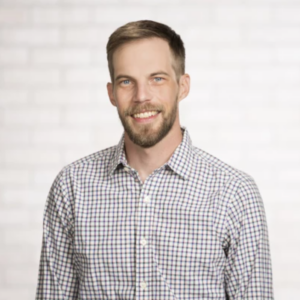 Blair Miller is a reporter based in Helena who primarily covers government, climate and courts. He's been a journalist for more than 12 years, previously based in Denver, Albuquerque and mid-Missouri.

The federal government has agreed to consider removing grizzly bears from a list of endangered and threatened wildlife in northwest Montana and the Yellowstone National Park area, the U.S. Fish and Wildlife Service announced Friday. The agency will conduct a yearlong study on grizzlies in the Northern Continental Divide Ecosystem (NCDE), which includes Glacier National […]

A Montana resolution that seeks to push Congress to designate a day of remembrance for children who died at Indigenous boarding schools across the country cleared a key hurdle in the state Senate on Thursday. Senate Joint Resolution 6, sponsored by Sen. Susan Webber, D-Browning, passed second reading in a 45-5 vote and is poised […]

A resolution that would make Montana the 20th state to request an Article V Convention to amend the U.S. Constitution is likely dead after it failed on its third reading in the Senate Wednesday. The Senate deadlocked 25-25 on its final vote on Senate Joint Resolution 2 a day after the measure narrowly passed on […]

Montanans packed the rotunda at the state Capitol on Wednesday calling for lawmakers to “keep their hands off” the state Constitution — in part, they said, because Republican legislators this session have so far requested as many amendment proposals as have been referred to voters over the past 50 years. “To make America great again […]

Republican lawmakers in Montana want to preemptively stop any local governments from banning various energy sources amid a national conversation about gas stove bans, even though no local governments are considering such a prohibition, the sponsor said Tuesday. More than a dozen proponents spoke in favor of Senate Bill 208, sponsored by Sen. Jason Small, […]

Republicans in the Montana Legislature – where they currently hold a supermajority – want to change the makeup of interim legislative committees so the majority party has more power, which they say would simply reflect the will of voters. Senate Bill 176, sponsored by Sen. Keith Regier, R-Kalispell, would make it so four-member interim committees […]

Senate Republicans on Monday voted to indefinitely postpone a bill that would repeal the Ballot Interference Prevention Act, which was struck down by a Yellowstone County District Court judge in 2020. The Senate voted down Senate Bill 31, sponsored by Sen. Wendy McKamey, R-Great Falls, on second reading in a 21-27 vote. Seven Republicans voted […]

The governor’s policy director and the bill sponsor said Thursday they would be open to including a phase-out at a slightly higher income level in their measure that would provide a $1,200 tax credit for each Montana child ages 5 and under. The child tax credit is one of the major proposals from Republican Gov. […]

When Sen. Susan Webber’s relative was digging outside of Browning after the family’s well ran dry, instead of water, she said her ancestor found the unmarked graves of babies. The land they had leased to raise cattle was outside the Holy Family Mission, southeast of Browning. From 1890 to the mid-1930s, the site was one […]

Montana is in a “much stronger” place than it was two years ago, Republican Gov. Greg Gianforte said in his biennial state of the state address, and his administration is leaning on a platform of tax cuts, “school choice,” bringing in business and making the state debt free as he heads into the second half […]

Democratic senators wondered Tuesday if a bill would give the state government “immunity” from a district court judge’s restraining order if the state was not immediately notified it had been sued. A portion of Senate Bill 191 contains language saying such an order may be granted without notice if “the state or state’s departments, agencies, […]