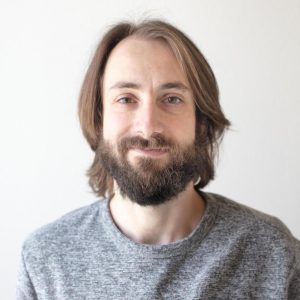 Jacob covers federal policy as a senior reporter for States Newsroom. Based in Oregon, he focuses on Western issues. His coverage areas include climate, energy development, public lands and infrastructure.

Congressional Democrats and the Biden administration want to use their massive $3.5 trillion spending plan to help communities that have been devastated by environmental pollution and degradation. For years, activists have been pushing for government recognition of what’s known as environmental justice, the broad movement to provide restitution to communities that have suffered disproportionate harm. […]

President Joe Biden plans to nominate the first enrolled tribal member to head up the National Park Service—Oregon conservationist Charles F. Sams III, the White House announced Wednesday. If confirmed by the U.S. Senate, he would be the first full-time director since Jonathan B. Jarvis left the job at the end of the Obama administration. […]

The Biden administration plans to appeal a federal court decision forcing the government to restart oil and gas leases that have been paused since January. But administration officials are also promising to comply in a way that takes into account the damage caused by fossil fuel development. The two-part move worries progressive activists and members […]

The National Park Service on Monday reinstated a mask mandate for all visitors, workers and volunteers at NPS buildings and crowded outdoor areas, regardless of vaccination status. In May, the agency said it would require only unvaccinated people to wear masks. Recently, as the delta variant of the coronavirus has led to a spike in […]

WASHINGTON—The U.S. Senate this week passed a massive bipartisan infrastructure bill and an even larger budget blueprint that would pave the way for historic changes in U.S. health, education, climate and tax policies. The two measures are roped to each other, reflecting Democrats’ strategy to pass what could be bipartisan with Republicans—and to go it […]

The U.S. Senate passed 69-30 on Tuesday a sweeping bipartisan $1.2 trillion infrastructure package, a milestone for one of President Joe Biden’s priorities after months of negotiation. Biden proposed an infrastructure plan in March that would have topped $2 trillion. A bipartisan group of senators led by Rob Portman, (R-Ohio), and Kyrsten Sinema, (D-Ariz.), worked […]

The Senate is poised to pass a massive $1.2 trillion infrastructure bill that would upgrade state transportation networks, electric grids, water systems and more. It’s a major spending boost and potential job-creator that yet falls short of the administration’s goals to address climate change and reduce its effects in the states. The White House worked […]

In a contentious meeting that distilled a weeks-long fight, the U.S. Senate Energy & Natural Resources Committee deadlocked 10-10 along party lines Thursday on approving Tracy Stone-Manning’s nomination as head of the Bureau of Land Management. That means an extra procedural vote will be forced before the full U.S. Senate takes up the nomination of […]

Senate Democrats rally behind the idea of a civilian climate corps

U.S. Senate Majority Leader Chuck Schumer pledged on Tuesday to include a Civilian Climate Corps in a $3.5 trillion infrastructure bill later this year, as a broad swath of Democrats rallied around a framework of employing thousands of young people to do conservation work. Schumer, D-N.Y., appeared with a handful of congressional Democrats, led by […]

The U.S. Senate Energy & Natural Resources Committee is expected to vote Thursday on the nomination of Tracy Stone-Manning to lead the Bureau of Land Management, with Chairman Joe Manchin III planning to vote to approve her — a major step forward for her confirmation after weeks of aggressive Republican opposition. Manchin, a West Virginia […]

Editor’s note: This story has been corrected to reflect the comments of John Blount who said Stone-Manning did not participate in planning the tree-spiking incident. Tracy Stone-Manning and a former federal investigator during the past few days shared widely varying accounts of her involvement in a 1989 tree-spiking in an Idaho national forest, as the […]

U.S. Senate Republican Leader Mitch McConnell on Tuesday joined the ranks of GOP senators opposing the confirmation of Tracy Stone-Manning, the president’s nominee to lead the Bureau of Land Management, possibly signaling the confirmation could soon move beyond the Energy Committee. The strongly critical statement from McConnell, of Kentucky, was not a surprise, but the timing […]