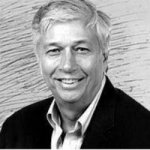 I come to celebrate an American hero. I come to celebrate Mike Pence. That is not, to put it mildly, a widely held opinion. Not yet, at least. The Trumpian right reviles Pence as a traitor, as a Judas whose lack of courage and commitment a year ago cost them the prize that they see […]

The now revealed pathway to the election coup

On Dec. 28, a top official in the Trump Department of Justice circulated an extraordinary, potentially history-altering letter to his colleagues, writing that “I see no valid downsides” to issuing the letter and proposing that they “get it out as soon as possible.” In that letter, reported this last week by ABC News, Jeffrey Clark […]

A lie is a fickle creature. Once told, a lie marches free into the world, with its own agenda, out of control of those who created it. And as Georgia Republicans are discovering, a lie that is big enough and powerful enough can even turn on its masters, forcing those who created it to now […]

Extremism is the new Republican Party