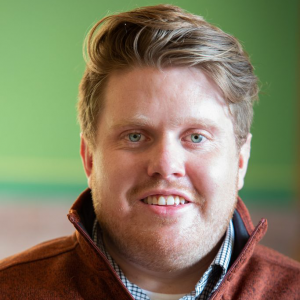 When Matt Jette found out Ryan Zinke was running for Congress again, he decided to pack up his life in Florida and move back to Montana. Once he returned, the 49-year-old educator filed to run for Congress as a Republican in Montana’s western congressional district. “I had a window there to enter the race against […]

Following a meeting between Gov. Greg Gianforte, lawmakers and the state department of corrections leaders, an entire unit at the Montana State Prison remains closed with no immediate reopening plans. “The department does not have any immediate plans to reopen the F Unit at MSP. However, the DOC is continuously evaluating the most effective and […]

In Mitch Heuer’s mind, Americans have been “settling for scraps” for too long, and the root of the problem for the western congressional candidates is term limits. “The common denominator keeps coming back to an engineering type of mind is you got to start with the bodies of people that make the laws. They’re not […]

Advocates for people who are transgender are pushing back against the state of Montana’s continued effort to prevent transgender Montanans from updating the gender designation on their birth certificates. In conflict with a recent order from a district court, the state health department issued a new rule on Monday that prevents transgender individuals from changing […]

The ACLU of Montana is threatening further legal action against the State of Montana over allegations it is not complying with a judge’s ruling in April that temporarily blocked a recently passed GOP-sponsored bill that changed the process to alter the sex designation on a birth certificate. In April, Yellowstone County District Court Judge Michael […]

The state health department confirmed Tuesday it is investigating an allegation of a patient-on-patient sexual assault that occurred at the Montana State Hospital over the weekend. According to an employee who asked to remain anonymous out of fear of retribution, the alleged assault happened around 11 p.m. Friday. When a nurse checked on patients at […]

Sidney pastor pleads not guilty to DUI and weapons charges

Controversial Sidney Pastor Jordan Hall has pleaded not guilty to DUI and weapons charges arising from a May 11 traffic stop. Hall, 40, was arrested in Sidney around 11 p.m. on May 11, and, according to a complaint, he was charged with driving under the influence of alcohol/drugs, carrying a concealed weapon while under the […]

More needs to be done at the federal level to ensure Native Americans in Montana have equitable access to things like healthcare and voting, candidates for Montana’s western congressional district said on Thursday. The three Democratic candidates for Montana’s western congressional participated in a forum held by Western Native Voice focusing on issues facing the […]

When Missoula Rep. Danny Tenenbaum toured the Montana State Hospital on Wednesday, he was dismayed by how patients at the state’s psychiatric facility were housed and the lack of rehabilitative services offered to patients — and on Friday, Tenenbaum and other lawmakers pressed the state health department for answers about what is being done to […]

Legislators on the Law and Justice Interim Committee have requested to meet with the governor’s office and the Department of Corrections to discuss chronic staffing and morale issues at the Montana State Prison. While issues at the prison have been long documented, problems hit a new threshold two weeks ago when the DOC had to […]

Democratic state lawmaker and congressional candidate Mark Sweeney has died, according to a statement from his family. Sweeney, 62, served in the state legislature since 2019, first as a representative and most recently as a senator. He was also one of three Democratic nominees for Montana’s new second congressional district. According to KTVH,  Sweeney died […]